Defendants reporting for court Monday asked to sign in outside 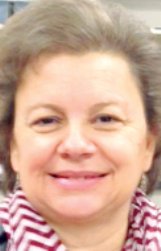 Court officials are asking those reporting to the Lowndes County Courthouse for the first day of circuit court term on Monday to sign in outside rather than enter the building, in an attempt to control the size of crowds in the courthouse and help prevent the spread of COVID-19.

Circuit Clerk Teresa Barksdale said court staff will set up a tent and sign-in table outside the building where anyone who has already been indicted by a grand jury and has pending charges can give their name and phone number. The defendants, who she said will likely begin signing in at 1:30 p.m., will then return to their vehicles and wait for their attorneys to call them and update them on the status of their case or give them further instructions.

Barksdale emphasized those who have not already been indicted should not need to report to the courthouse. In March, the Mississippi State Supreme Court ordered clerks not to summon jurors before May 18, meaning Lowndes County hasn't convened a grand jury recently and there are no recent indictments. Barksdale said bond agents should already have called those with cases awaiting a grand jury letting them know they don't need to report.

There will also be no jury trials this term and therefore no potential jurors reporting to the courthouse, Barksdale said.

Typically during the first few days of court, those with pending charges, those awaiting grand jury decisions and potential jurors all descend on the courthouse, along with attorneys, judges, their staffs and courthouse employees, meaning hundreds of people are in the courthouse within a couple of days. With that kind of crowd, there would be no way to follow the Centers for Disease Control and Prevention's recommended guidelines for preventing the spread of COVID-19, such as people keeping six feet apart.

Because of the safety concerns, Barksdale, Sheriff Eddie Hawkins and other court officials met earlier this week to come up with a temporary sign-up system that would control the number of people reporting to the courthouse and keep a crowd from building inside, Barksdale said.

"We're just trying to cut down on the number of people because it's going to be hard to keep them six feet apart," Barksdale said. "But we still have court and we still have cases set for each day of the week next week."