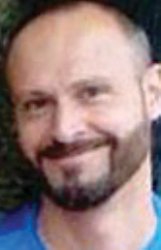 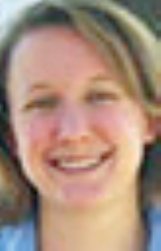 Public sentiment toward scientists during a crisis tends to be one of blame, and people historically claim scientists failed to warn them enough of the risks and dangers, but that hasn't been the case during the COVID-19 coronavirus pandemic, said Davide Orsini, an assistant professor of history at Mississippi State University.

"Sometimes the scientific community has been blamed for adopting a precautionary stance, saying the risks of (interpersonal contact) are much higher than you think or you shouldn't relax the measures yet because it's dangerous," Orsini told an audience of about 30 during a livestreamed interview on Facebook with Julia Osman, the director of MSU's Institute for the Humanities. "I'm quite interested in understanding what kind of factors play into this different vibe."

Orsini's research focuses include the intersections of science and technology studies, nuclear studies and environmental history and anthropology. One of his areas of interest is how people deal with invisible risks like diseases and pandemics. He is a native of Italy and currently quarantined in Germany.

Scientists across a variety of fields define risk as "the product of the consequences of an undesired event multiplied by the probability of it taking place," Orsini said.

Assessing risk can be difficult with diseases like COVID-19, especially since a person can carry the virus without showing symptoms, and everyone has their own individual biases that affect their perception of risk in a given situation, Orsini said.

Trust in the authorities is one factor. Orsini arrived in Germany in March before the government enacted a shelter in place order, and he said he received strange looks at the supermarket for being "the weirdo with the mask."

"I felt completely ashamed, almost, and then the ordinance came and everybody was wearing masks," Orsini said.

The invisibility and easy transmission of COVID-19 means people need to think collectively about risk -- the possibility of exposing others, not just themselves -- especially as states and communities begin to reopen and return to a semblance of normalcy, Orsini said.

Oktibbeha County has 97 confirmed cases and five deaths of the virus while a large number of counties in Mississippi have far more of both, but when asked by The Dispatch if local governments and citizens should consider lower numbers a sign of lower risk of exposure to the virus, Orsini said it's not that simple.

"You want a situation in which the territory and the map overlap, but this depends on the capability of testing and doing it rapidly," he said. "The virus is an invisible threat and you have 14 days on average of incubation. (Getting) results that are negative in a specific moment doesn't mean you don't have the virus."

He said the best way to avoid exposure to the virus is to continue avoiding in-person gatherings, especially in large groups, and low numbers of confirmed cases should not allow people to behave as if the virus is no longer a threat.

Disagreement between scientists is frequent and encouraged, Orsini said, but it usually happens behind closed doors instead of "onstage" and in public view, as has been the scientific discussion of COVID-19 risks and prevention measures. Orsini and Osman both said this display can encourage conspiracy theories and false information since people tend to try to explain away things they do not understand.

One thing that is unquestionably clear to Orsini, he said, is that the pandemic will create a great deal of research in the future, and not just in the medical field.

"The social impacts of this crisis are huge, so social scientists will also be studying the reverberations of this for years, because we will see the effects of this for some time," Orsini said.