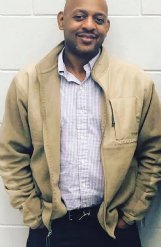 A local man last seen leaving work at Steel Dynamics Wednesday morning has gone missing, according to friends and family.

Lowndes County Sheriff's Office Chief Deputy Brent Swan confirmed a missing persons report has been filed for Michael V. Jones. According to information Jones' family members have shared on social media, Jones disappeared Wednesday sometime after leaving work on Airport Road at 6:15 a.m. He was supposed to return to work at 6 p.m. but did not show up, which his family said his supervisor agreed was unlike him.

Family members are asking anyone with information on Jones' whereabouts to call LCSO at 662-328-6788.