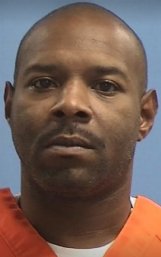 A Clay County man has been charged in the shooting death of another man at a West Point motel over the weekend.

Richard Raines, 37, turned himself in to West Point Police Department Monday, a day after he allegedly shot Curtis Williams, 22, of Monroe County, at the Relax Inn on Highway 45 North, according to a press release on WPPD's Facebook page. The shooting occurred at about 9 p.m. Sunday.

According to the release, Raines and Williams had an "altercation" that led to the shooting. When officers got to the motel, they found Williams lying in the parking lot, where Clay County Coroner Alvin Carter pronounced him dead.

The murder is still under investigation, and authorities are asking anyone with information on the shooting to call WPPD at 662-494-1244 or Golden Triangle Crime Stoppers at 800-530-7151.

Raines is in custody at Clay County Jail. His bond is expected to be set today.