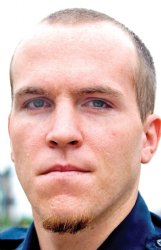 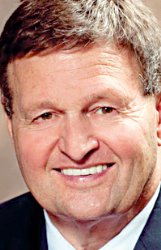 Jim Waide of Tupelo, along with Jackson-based attorney Jeff Reynolds, is representing Boykin. Waide said Reynolds had spoken to prosecutors with the AG's Office who said they planned to ask newly-elected Attorney General Lynn Fitch to dismiss the charges several months ago, but that neither of them had heard any word since. He learned of the dismissal on Thursday from the media, but it didn't come as a surprise to him.

"They didn't have anything to go trial on," Waide said.

Representatives from the AG's Office did not respond to The Dispatch by press time.

Ball was the passenger in a vehicle that Boykin and two other officers pulled over in North Columbus. When Ball ran from the vehicle, Boykin chased, and eventually shot him.

Boykin, who is white, claimed Ball, an African American, pointed a weapon at him and that he shot in self-defense. However, neither Boykin nor the other two officers at the scene turned on their body cameras. Investigators later found a weapon at the scene that had been reported stolen from another police officer's home.

Waide said it was a "shame" what happened to Ball, but that there was never any evidence that Boykin shot for any reason other than self-defense.

"They found a pistol on the guy," Waide said. "There was just nothing to contradict what the police officer said about it. They had to have some evidence to go to trial. Just the fact that the guy was killed is not enough to make a criminal case."

He added he believes Boykin was indicted because he is white and Ball was black.

"This comes at a time when the race issue is so prominent. I guess this Minnesota thing illustrates it," Waide said, referring to a case Monday when a police officer in Minnesota was filmed holding a knee on an African-American suspect's neck for minutes until the suspect died. "It's no wonder why the black community's upset with the police officers looking at the Minnesota case."

However, because of incidents like that, Waide argued, some police officers who were justified in shooting African Americans are being unjustly indicted. He said Boykin was a "victim" of those attitudes.

Boykin was fired from Columbus Police Department after the incident for violating several department policies, including not activating his body camera and having an unauthorized passenger in the vehicle. He later filed a federal lawsuit against the city of Columbus, which was settled out of court.

A Lowndes County grand jury indicted Boykin for manslaughter, and he was served the indictment in September 2016, about three months after District Attorney Scott Colom announced he was turning the investigation over to the AG's Office, then under the direction of Jim Hood.

Waide said he is pleased with the dismissal and that normally prosecutors without evidence in a case will try to have defendants plea to lesser charges to "save face."

"That's what a prosecutor is supposed to do, they're supposed to dismiss a case when they see there's no evidence of it," he said. "It's the first case I've known about with Attorney General Fitch, and that's probably going to be her attitude. I know that's (Lowndes County District Attorney) Scott Colom's attitude, that if you don't have a case, you ought to dismiss it. I wish other prosecutors would learn that that's what they ought to be doing. That's the honest thing."

Colom announced on Facebook he will hold a 10 a.m. press conference today at the Lowndes County Courthouse to discuss the AG's Office decision to dismiss the charge against Boykin.