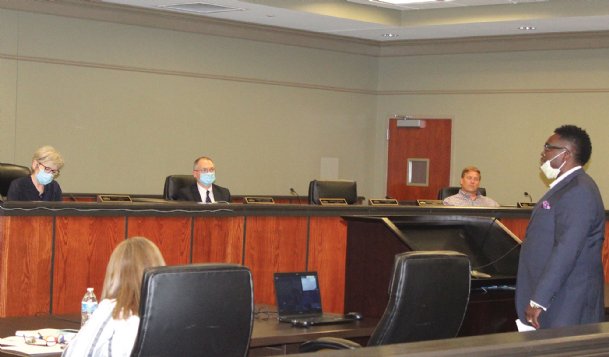 Rev. Joseph Stone, right, pastor of Second Baptist Church in Starkville, tells the board of aldermen Tuesday that racial justice activists will hold a protest Saturday and march from Unity Park to J.L. King Park. Stone met with Mayor Lynn Spruill, left, this morning to start the application process for a special event permit, and the board will convene Friday to vote on the permit if it is ready by then. Photo by: Tess Vrbin/Dispatch Staff 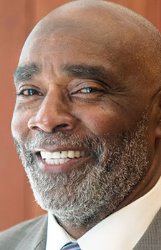 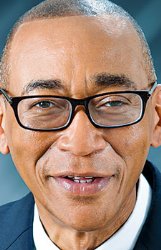 Starkville city leaders will likely hold a special-call meeting Friday to consider granting a permit for local activists to hold a march for racial justice on Saturday, but activists say the march will happen regardless, in light of protests nationwide calling for an end to systemic racism and the deaths of black Americans at the hands of police.

Rev. Joseph Stone, pastor of Second Baptist Church, approached aldermen during their regular meeting Tuesday to notify them of the planned protest, which will start at Unity Park and end at J.L. King Park.

"We know it's quick, but things are happening so fast across the country, and we want to plan and prepare," Stone said. "The last thing we want is other people coming into Starkville and creating a narrative that's not good for Starkville."

Mayor Lynn Spruill agreed to meet with Stone this morning to start the application process for a special event permit that the aldermen must approve. A special-call meeting would be possible no sooner than Friday.

Stone and State Rep. Cheikh Taylor (D-Starkville) held two protest training sessions at SBC on Sunday and Monday to emphasize the importance of peaceful demonstration and put forth a set of goals, including the creation of a citizen-led police review board and mandatory cultural sensitivity training for all employees of the city and the Starkville-Oktibbeha Consolidated School District.

Stone and Taylor also called for local leaders to denounce systemic racism and police brutality, which many of them did during the aldermen meeting, following Spruill's lead.

Six of seven aldermen echoed agreement with Spruill. Ward 2's Sandra Sistrunk said the Starkville Police Department should emphasize de-escalation in training, and Ward 5 Alderman Hamp Beatty said he has not seen so much pain from the country as a whole since the Civil Rights Movement half a century ago.

Ward 7 Alderman Henry Vaughn said Americans of all backgrounds are tired of racism, "a war we're fighting for so many years."

Ben Carver was the first alderman Spruill called on after her statement, since he represents Ward 1, and he did not offer a comment.

'This could be a very beautiful thing'

Part of the application process for a march or parade is to provide the mayor, police chief and fire chief with the planned route and the organizers' insurance provider.

Some of the protests nationwide have resulted in destruction of property by rioters, while others have been escalated by police aggression. As a result, insurance companies are reluctant to cover racial justice protests, and Saturday's event is unlikely to be insured, said Rosa Dalomba, owner of The Pop Porium and a member of the march organizers' safety committee.

Permits are usually issued further in advance, and both Walker and Perkins said they were wary of making an exception for any group in case of a future legal problem or other groups asking for an expedited permit process as well.

"This process is vital because there's a lot of information that we need to get, and we don't need to be hurried," Perkins said.

Stone and Jala Douglas, a Mississippi State University student working to involve her peers in the protest, both said people will gather on Saturday no matter what. Douglas said the goal is not to riot or cause violence but to "disrupt" a system that dehumanizes black citizens.

"If we are going to allow things like deadlines to prevent us from showing that we as a community can gather and change this world, then that is exactly the systemic oppression we're fighting," Douglas said.

She said the organizers "will work tirelessly" to provide the city with all the information it needs for the permit.

"I was in the military, I understand processes, and we're going to facilitate that part," she said. "You started this meeting by saying you would do everything you possibly can to facilitate a peaceful protest, and this is one of those facilitations we're going to ask for, to expedite this process."

Dalomba said policies and procedures are "going to be very hard to communicate to folks who are in pain."

Little and Sistrunk both advocated for a special-call meeting to approve the permit, and Spruill told The Dispatch the only difficult part will be the board's decision of whether to allow a permit for an uninsured event. She also said the board has expedited standard processes in the past to allow events and projects that had a limited time frame "through no circumstances of their own."

Dalomba told The Dispatch she is still optimistic about Saturday's event.

Christine Williams, a former Ward 1 alderman candidate who lost narrowly to the incumbent Carver in 2017, said she had not been planning to speak up at the meeting but felt compelled to do so. She said granting the permit for the protest would prove that Starkville is "above and beyond" other cities in Mississippi.