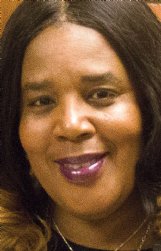 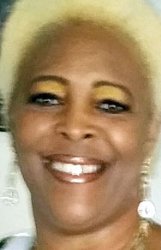 Yulanda Haddix first became a member of the NAACP at age 18 and has been a member of the Oktibbeha County chapter since returning to Starkville in 2014, serving the last two years as its president.

Lavonne Harris has been president of the Columbus-Lowndes NAACP for 14 years.

During all that time, neither has seen anything quite like what they've witnessed the past couple of weeks.

Americans of all races, in large cities and small towns, have rallied to the cry for racial justice in the wake of the killing of George Floyd by a Minneapolis police officer and other recent incidents of violence directed toward black citizens.

Over the weekend, marches calling for racial justice in both Starkville and Columbus drew large, diverse crowds, something both Harris and Haddix believe marks a significant milestone in the long march toward justice that has been the focus of the NAACP since its founding in 1909.

"You know, I never thought I'd be in a march like my mother," said Harris. "Sunday, I felt like she must have felt. It was a very special moment."

Haddix said the recent stirring of America's conscience proved her long years of work with the NAACP were not in vain.

She left Starkville in 1983 when her husband, Michael Haddix, was drafted by the Philadelphia Eagles of the NFL. At the time she left, she questioned whether conditions for blacks in Mississippi would ever change.

"I left here saying I would never come back," Haddix said. "When I did come back, I said to myself that there has to be a change and I have to be involved in it. This weekend told me that wasn't a mistake. It was confirmation that we can make a change."

As the weekend progressed -- one that saw a Saturday peaceful demonstration in Starkville and a like event Sunday in Columbus -- both Haddix and Harris said they were constantly approached by people wanting to know more about the NAACP, how to become a member and the kind of work the NAACP does.

"I left Sunday's march feeling very encouraged," Harris said. "It was just awesome. There's definitely some momentum right now and our job is to keep it going."

In addition to membership inquiries, Haddix said donations are up as well.

"People were wanting to know what they could do," Haddix said.

Membership in the NAACP, which is registered as a 501(c)3 organization, is open to people of all races. Both Haddix and Harris said white residents were among those seeking information about the organization over the weekend.

Haddix said she expects a large turnout for her group's next meeting, which will be held at 6 p.m. Thursday on the second floor of the county's chancery courthouse.

"We'll meet to talk about making the next stop," she said. "We definitely feel that we have something to build on now. Everybody is invited. I think it's a good place for people to find out about all the things we do in the community and what we're all about."

Although its members haven't been able to meet, Harris said the work has continued, especially with the community programs it offers. Additionally, the NAACP will participate in tonight's livestream Town Hall meeting where a panel will answer questions about crime and policing in Columbus, including questions about the Ricky Ball case -- in which charges were recently dismissed against a former white CPD officer who killed a black resident who fled a traffic stop in 2015.

"I'm not sure when we'll be able to start meeting in person again," Harris said. "It may be August or September. In the meantime, anybody who wants to know more about our organization and what we do in the community can get that information on our Facebook page."

The Starkville NAACP has a current membership of 194 while Columbus-Lowndes membership is 245.

Based on the feedback they have received, both Haddix and Harris expect membership to grow quickly as a result of the national attention brought to the issues the NAACP has fought to address since its founding.

Harris said she has also targeted the 500-member level.

"I think we can do it," she said. "One of the things that really touched me during the march Sunday was how many young people I saw. That's really important for us. We have a lot of older members, so we're going to need that next generation to come in and lead the way in the future."