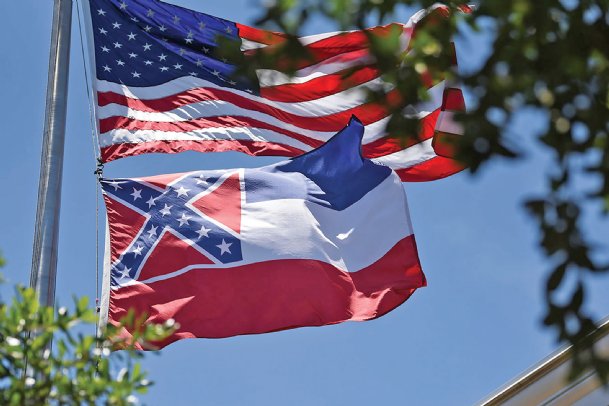 The Mississippi state flag flies over the Lowndes County Courthouse on Wednesday in Columbus. During the Jesus and Justice Rally outside the courthouse on Sunday, speakers said changing the state flag is one way to address systemic racism. Photo by: Claire Hassler/Dispatch Staff 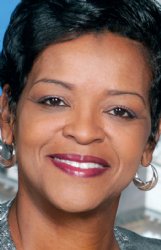 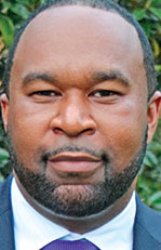 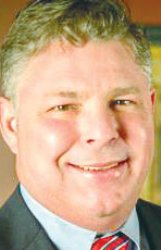 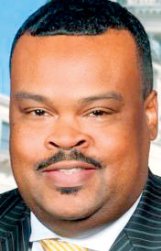 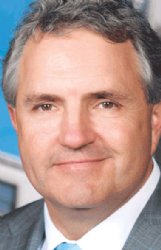 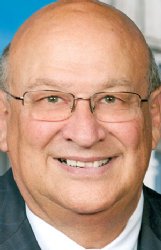 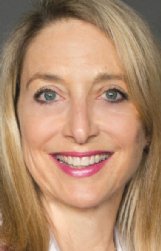 Since 2015, bills filed in the Mississippi Legislature to remove the state's current flag, adopted in 1894, have died in committee in both chambers.

That may be changing.

With a renewed demand from coast to coast to address racial injustice, which has included marches and protests throughout the state, the state flag -- with the conspicuous Confederate battle flag emblem emblazoned in the upper left corner -- is facing a real challenge for the first time since 2001, when voters rejected a change in the flag by a 2-to-1 margin.

House Speaker Philip Gunn, among the first of the statewide elected officials to express his personal objection to the flag, has given his approval for House members to poll their ranks to see if there is enough support for a flag change to pass a bill, yet to be written, to remove the Confederate symbolism.

If the votes are there, a bill will be drafted. If passed, it would proceed to the Senate for its determination.

Of the seven members of the Golden Triangle delegation, only Reps. Gary Chism and Dana McLean (both R-Columbus) said they would not support legislation to change the flag, both saying it is a decision that should be left to Mississippi voters at the polls.

Both of the delegation's senators, Republican Chuck Younger (Columbus) and Democrat Angela Turner-Ford (West Point) said they would support legislation, although Turner-Ford qualified her support.

"It depends on the contents of the bill," Turner-Ford said. "I would be concerned about the new design and how the flag would be changed. I would support the appointment of a commission to design a new flag. I would not support change by referendum."

Rep. Cheikh Taylor (D-Starkville) said changing the flag by legislation has his enthusiastic support. He said the current events prove the time for the change is now.

"With the George Floyd killing, COVID-19, the economic situation, it's time to move," Taylor said. "It's chaos right now, but I remember my father always telling me, 'Where there is chaos, there is also opportunity.' From what I'm hearing we're really close. We may be lacking 16 votes (in the House). I really believe we can get this done."

"I honestly don't have a problem with us bringing it to the floor," he said. "I also don't have a problem if it goes on the ballot. I'm just trying to figure out the best resolution to this. If a family member or friend came to me and said something was hurting them, I'd feel obligated to do what I could to help. It's the same as a legislator. If someone comes to me and asks if there is something I can do, it would be irresponsible of me not to listen and figure out a way to help. So, yes, I would support legislation to change the flag on that basis."

"There's no doubt I would support a bill to change the flag," he said. "That is one of our responsibilities. To make bold decisions and try to change the dynamics of what's going on."

Sen. Chuck Younger (R-Columbus) said he would support legislation to change the flag, although he's not sure what changing the flag would really accomplish.

"I'd vote yes on the change, because I've got a lot of friends that want this done," he said. "But I hate the stuff because it's so divisive. What has to change is in people's hearts. Look at the flags in Minnesota or Illinois. I don't see their flags making any difference there."

Chism said he doubts if the House had the time necessary to pull together enough support for the bill, but he does think the House might pass a bill to put the issue on the ballot.

"My position is that the people need to vote on it," Chism said. "If it did get on the ballot, I would vote to keep the current flag. People voted in 2001 to keep the flag by a supermajority. Now, there may be enough votes out yonder to change it, but I just think we need to keep the flag we have."

McLean said she would not support a bill, but wouldn't necessarily vote no.

"I might not vote (at all) if it came to the floor," said McLean, who, like Chism, favors a referendum.

"My position has never changed on that," she said.

Asked how she would vote if the flag was on the ballot, she declined to answer.

"It's what the voters want that matters," said McLean, who spoke at racial justice rallies in Columbus and Starkville over the weekend. "I don't think my personal views on this are important."

*may decline to vote