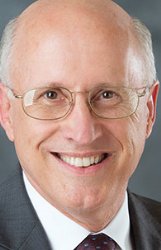 Trying to keep Mississippi State University afloat during a global pandemic while being mindful of health and safety has been "like driving through a dense fog or trying to swim in mud," MSU Provost and Executive Vice President David Shaw told the Starkville Rotary Club at its virtual meeting on Monday.

Classes have been conducted online since March due to the COVID-19 coronavirus pandemic. MSU students' expected return to campus in August means they will most likely have to follow a list of health and safety rules, including required protective face masks in classrooms and daily responses to a self-screening mobile app to check for potential virus symptoms, Shaw said. Several temperature monitoring stations will likely be set up throughout campus as well.

"That's probably not going to be the full extent of it, but I can tell you all of those things are in relatively final stages of planning," Shaw said.

The administration also is trying to procure additional classroom space, such as auditoriums that are not usually used for classes, to ensure that students can be seated six feet apart, he said.

The Centers for Disease Control and Prevention recently expanded its list of medical accommodations, and Shaw said the MSU administration will make sure older or immunocompromised faculty are aware of it so they can teach safely.

"They can file for medical accommodation, and we can work with the deans and department heads to have them maybe teach some of their classes online and things like that," Shaw said.

MSU is returning its employees to campus in phases. Maintenance and repair workers returned June 1, and employees who had been unable to work from home returned Monday. All campus buildings will be open and the majority of employees will be back to work on July 6. Safety protocols are in place, including social distancing, self-screenings, face masks and hand sanitizer.

Fall 2020 student enrollment numbers are holding steady, with only a 1 percent decrease compared to this time last year, as of June 8. Tuition, housing, parking and dining fees will not change, Shaw said.

However, MSU currently has its largest summer school population in its history with 9,189 students, a 24.6 percent increase compared to last year's 7,374 students. They are taking an average of 6.24 credit hours while last summer's students took 5.88, according to data Shaw presented.

The university encouraged students to enroll in summer school with the "Summer Advantage," offering more summer courses than in the past for a discounted cost. MSU President Mark Keenum, who previously discussed the new summer school options with Rotary in April, said it was meant to be an affordable alternative to students' summer jobs and internships that might have been canceled due to the pandemic.

MSU issued 3,312 degrees in May and a total of 5,520 in both December and May, both record numbers, Shaw said.

The decision to hold a virtual instead of in-person commencement ceremony in May was "gut-wrenching," he said, but some viewers expressed interest in MSU holding a virtual ceremony in addition to the live one in the future.

Shaw also gave the board a list of university construction projects that are either underway or about to start. Those projects include a $21 million Music Building that had its groundbreaking Monday, a $12.5 million poultry science building that will open in August, a $16 million parking garage with 500 spaces and a $34 million engineering complex that both will open next spring.

The ribbon-cutting ceremony for the $30 million Partnership School, the new campus for grades 6-7 in the Starkville-Oktibbeha Consolidated School District, is set for next month. Attendance will be limited due to the pandemic, but MSU is setting up tours of the building, Shaw said.

The Partnership School will allow MSU College of Education students to observe classroom teaching. It was originally scheduled to open in August 2018 before rain delays pushed it to November 2018, August 2019 and finally August 2020.

"I could not be more excited to see us so close that we're actually talking ribbon-cutting in July," Shaw said.