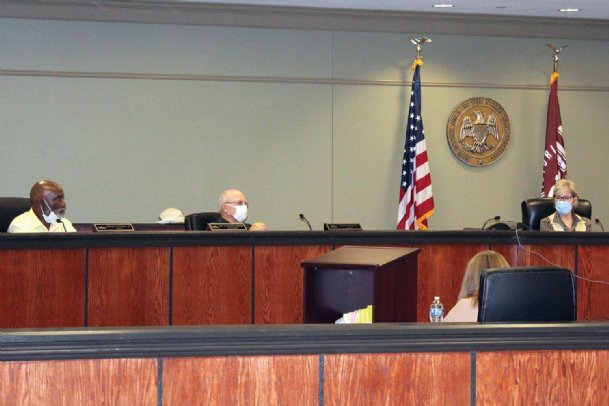 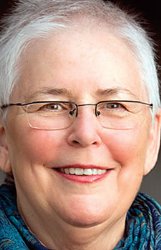 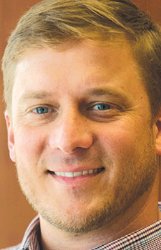 Aldermen voted unanimously Tuesday on a new policy to allow freedom of assembly, a right protected by the First Amendment, to happen on short notice without any procedural roadblocks if it is "in response to spontaneous events," according to the policy provided with the meeting agenda.

Local activists organized a racial justice protest that saw thousands of attendees on June 6 after less than a week of planning. The march and rally were peaceful, but the organizers were could not obtain a special event permit from the city on short notice, largely because they could not secure an insurance provider.

In response, Mayor Lynn Spruill and other city officials researched ways to allow spontaneous First Amendment expression. The protest was one of thousands in all 50 states as the Black Lives Matter movement reignited in late May and early June.

Spontaneous events are now allowed as long as the city is notified at least 24 hours in advance so police and fire protection can be prepared to act if needed. Applicants must provide the location, start and end time, estimated number of participants and the proposed route if there is one.

"The First Amendment allows it anyway, so this policy just gives some notice and structure to it and allows us to organize the best we can," City Attorney Chris Latimer said.

First Amendment events planned more than seven days in advance will require a city-approved assembly plan with the additional application requirement of the name and 24-hour contact information for an on-site event manager.

The city can still "impose reasonable time, place and manner restrictions" on First Amendment events held on sidewalks, streets or in city parks, including in situations where the Starkville Police Department determines an "imminent likelihood" of property damage or violence against people.

There will be no insurance requirement or any other cost for First Amendment events to occur, since financial burden can impede freedom of speech, Latimer said. However, the city's insurance policy would not likely cover a riot or any other violence, he said.

The policy passed after very little discussion. Ward 2 Alderman Sandra Sistrunk pointed out the aldermen "can always weigh in" on an impending First Amendment event at a special-call meeting or a regular meeting, depending on the timing, if they feel they have something important to say.

"I think this is a great opportunity to allow us a little more flexibility than we had before, and I think that's going to be very important," Sistrunk said.

Ward 1 Alderman Ben Carver said the city was unprepared for the racial justice protest, which he said Tuesday "needed to happen." He previously told The Dispatch the protest should not have happened "without going through the proper channels."

The new policy will adequately prepare the city for similar events in the future, he said.

"My question to the mayor and city attorney was what would happen if a peaceful protest turned into a worst-case scenario, and I don't think there was a good answer to that, so policies needed to be drafted to protect us and the city from anything that might deface property or something like that," Carver said.

'The nature of the event'

Special events that are regularly scheduled and not spontaneous will still require insurance because they take up space in city parks and streets, and the new policy does not remove all incentives to go through the city's regular permit process, Spruill said.

"Pumpkinpalooza is not a protest," she said. "It's about the nature of the event."

Starkville's annual LGBTQ Pride celebration includes a parade, which is a First Amendment assembly, but it includes an event at Fire Station Park, so it will still require insurance, Spruill said.

The board initially denied a permit for the first Pride in 2018, despite organizers having insurance and completing the permit process, but later allowed it after organizers filed a federal lawsuit that has since been settled.

Organizers of spontaneous events do not need to notify the city at all if they meet all the following requirements: the event will be held in a public space such as a sidewalk or park, the event will not interfere with the public use of the space, fewer than 50 people will attend the event and the First Amendment expression is a response to a current public event.

The policy also includes a list of prohibited behaviors during a First Amendment assembly, including inciting violence against a person, publicly obstructing an individual's movement and resisting or obstructing police.

The board also voted unanimously to make special event permits an administrative decision instead of a legislative one in order to keep the new policy from discriminating against events that are not First Amendment assemblies. Issuing permits will no longer be up to the board, with exceptions under specific circumstances.

The board will have to vote on a permit if city administration denies an application or if the cost of an event will exceed $5,000 in city services.

The board unanimously appointed Craig Dolan as the city's new Parks and Recreation executive director. He was chosen from a pool of 21 applicants, and the board interviewed him and another finalist at Friday's work session.

Dolan will take his new position Aug. 1 and receive an annual salary of $80,000. He has been the director of recreation in Tarpon Springs, Florida since 2014. He previously worked in the recreation department in Largo, Florida and has both a bachelor's and master's degrees in sports management.

Gerry Logan, the previous parks director, left at the end of March to take a position as Mississippi sales representative with MUSCO Sports Lighting. David D'Aquilla, a member of the design team for Cornerstone Park, has been serving as part-time interim director.

The parks director position was one of only two exemptions from an indefinite hiring freeze the city implemented in March to offset an expected sales tax revenue shortfall due to the COVID-19 coronavirus pandemic.