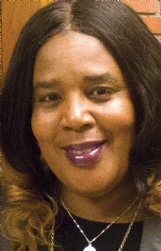 It commemorates the day, June 19, 1865, when the last of the remaining slaves in the U.S. were notified of their emancipation following the end of the Civil War two months earlier.

These are not normal times, especially in the black communities across the nation and particularly in the South. Issues like COVID-19, which has killed a disproportionate percentage of black citizens in the U.S., and the recent explosion of outrage generated by high-profile incidents of police brutality against blacks have added layers of context to this year's Juneteenth celebrations -- as have issues closer to home like the debate over the state flag and its Confederate symbolism, Confederate monuments conspicuously located in towns and cities throughout the South and the racist comments made defending those shrines by Lowndes County Supervisor Harry Sanders.

"With all that's going on, I think we really needed something to lift people's spirits, to have a real celebration," Oktibbeha County NAACP President Yulanda Haddix said. "Juneteenth is when we celebrate our freedom and that's still the focus, but there are so many other things we are facing and those things have become a part of it, too."

Saturday, the Oktibbeha NAACP chapter and the J.L. King Center will host its Juneteenth Celebration from 1-6 p.m. on the grounds of the center, located on the city's west side at 700 N. Long St.

The celebration will include music, speakers, children's activities and food vendors. The Starkville NAACP is also using it to raise funds for the organization through a Father's Day raffle. For $1, people can purchase a ticket for the Father's Day package, which includes a gas grill, prime-cut steaks and all the trimmings for a Father's Day feast.

"The timing is great," Haddix said. "Father's Day is the next day, so the winner will have everything needed for a Father's Day cookout."

The raffle is especially important since the NAACP's biggest annual fundraising event, the Freedom Fund Banquet held each May, was canceled because of COVID-19.

The NAACP also will be collecting donations for another fundraiser, the 100-year anniversary of women's suffrage. Donations for that even continue through August. Haddix said between the two fundraisers, NAACP hopes to raise $2,500.

Raffle tickets will be on sale during Saturday's event. Those who aren't able to attend can purchase tickets by calling Haddix at 856-220-0222 and using the NAACP's Paypal app.

The winner will be announced at the Juneteenth Celebration.

"We want everyone to come out, bring you lawn chairs and enjoy the celebration," Haddix said. "We also want to invite our white brothers and sisters to join us."

Like Haddix, he said the events of this year have prompted a celebration.

"We hadn't planned anything for this year, but with what's happened the last couple of days, we decided we had to put together something," Brooks said.

It will be the city's first Juneteenth event since 2017. Prior to that, Brooks organized a Juneteenth Celebration at Sim Scott Park that started in 1996.

Those who want to participate are asked to assemble at the Columbus Soccer Complex at 12:30 p.m. Saturday. The parade route will go down Main Street, north along Military Road and west on 14th Avenue and end on 20th Street.

Although not marketed as such, the only event actually held on the official day of Juneteenth will be held Friday in West Point, where a "Cry For Justice" march and rally will be held, beginning with the march at 5 p.m., starting at the Kroger parking lot near the Justice Complex, followed by the rally at 6 p.m. at City Hall.