East Poor House Road, as shown on Tuesday in Starkville. Poor House Road in southern Starkville and Oktibbeha County (District 4) will be completely repaved as part of the county supervisors' four-year road plan, approved unanimously Monday. The project is expected to cost about $637,000. Supervisors are alloted $537,000 per district, but they expect internet sales tax and lottery money to cover the extra project costs.
Photo by: Claire Hassler/Dispatch Staff 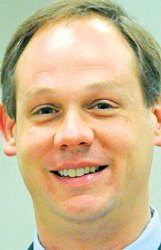 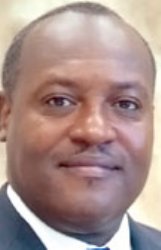 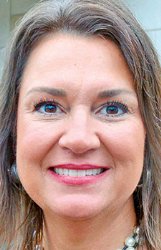 The proposed projects total 35.69 miles of 53 county roads and range from resurfacing or removing debris to completely converting some roads from gravel to pavement.

Each of the five districts is allotted $537,000 for the list of roads to repair, but the estimated costs of all five lists total between $80,000 and $120,000 more than their budgets, though the dollar amounts are based on past costs for work on each road and are not set in stone.

Supervisors said they hope the county will take in enough extra funds via the state lottery and internet sales tax, both approved by the state Legislature in 2018, to cover the excess cost of the road projects.

"It's not out of the question to get these roads done, with all the different monies coming in over time," Board President John Montgomery of District 1 told The Dispatch.

The county received $104,000 in internet sales tax money in January, and county leaders have said in the past that road projects would be a good use of the funding, which is expected to raise an annual $50 million for the state.

Eighty percent of the expected $100 million from the state lottery will fund road and bridge repairs statewide. Oktibbeha County has not yet received any lottery money.

The COVID-19 coronavirus pandemic has lowered fuel prices, so the petroleum-based materials for road work are also cheaper than they used to be and could lower the costs of the projects, Montgomery said.

District 3 Supervisor Marvell Howard agreed that the entire plan could be finished by the end of 2023 as long as "we have several months of pretty good weather like we normally do."

The five roads that will be the county's top priority are Jeff Peay, Cannon, Harrell, Rice and Poor House roads, one in each district, per a unanimous board vote at the June 1 meeting. Poor House Road is in both Districts 4 and 5, and District 4 Supervisor Bricklee Miller decided to invest her entire budget in the entirety of Poor House Road, about 4.27 miles between Old Highway 25 and Oktoc Road.

Construction crews replaced the base of Poor House Road in the fall of 2019 in order to prepare it for the repaving Miller said is included in the four-year plan. A $10 million bond issue passed in 2017 allowed the county to finish most of the roads on last term's four-year plan, including many in District 4.

"A lot of roads got resurfaced or maintenanced in Sturgis and Longview, so Poor House was something we just did the base repair on, and we're going to go back this time and (apply) blacktop," Miller said.

Jeff Peay Road and Harrell Road are gravel roads that will be built from the base as paved roads, and some roads in residential areas will be redone, specifically Cannon Road in District 2 and the Sunset neighborhood southwest of Starkville in District 1.

District 2 Supervisor Orlando Trainer said he would like the board to pass another bond issue, and the board voted June 1 to research the option, but Montgomery and Miller said they did not want to raise taxes when citizens are already struggling due to the pandemic.

"From what I'm hearing from the public every day, I don't think there's an appetite right now to float another bond, to borrow more money," Montgomery told The Dispatch.

He said many of the projects will start "taking shape" in the next 10 to 12 months, and he said the supervisors could save money by working together to bid out their projects as a group rather than individually.

"That's where you get a better price because of the sheer volume of the projects we're going to do," he said. "Especially with fuel prices down, it's a good opportunity -- within the budget we have -- to use the money now to get these roads upgraded."