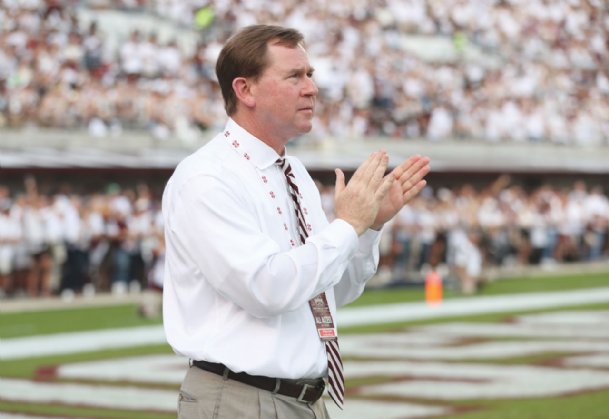 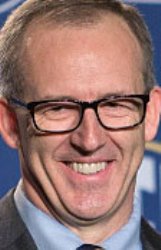 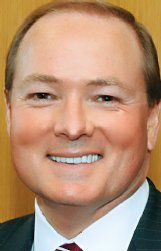 As calls to remove the Confederate battle emblem from the Mississippi state flag have grown in recent weeks, Southeastern Conference Commissioner Greg Sankey issued a major statement on the controversial banner Thursday.

Sankey called for the removal of the Confederate demarcations on the flag and threatened that should it remain, the SEC could preclude future conference championships from being held in the state.

"It is past time for change to be made to the flag of the state of Mississippi," he said in a news release. "Our students deserve an opportunity to learn and compete in environments that are inclusive and welcoming to all."

The last time an SEC championship was hosted in the state of Mississippi was in May 2016 when the conference softball championships were held in Starkville. MSU also hosted the 2015 SEC outdoor track and field championships, while Ole Miss last hosted an SEC Championship in 2013 when the men's tennis tournament took place in Oxford.

In response to Sankey's staunch remarks, Mississippi State President Mark Keenum and Athletic Director John Cohen issued statements Thursday confirming their continued support for a change in the flag -- though Keenum argued discussing the possibility of MSU and Ole Miss losing hosting opportunities for conference championships could bring "unintended consequences" to the universities.

"I have great respect for Commissioner Greg Sankey, and I understand why he has taken this position regarding Mississippi's state flag," Keenum said in a news release. "Clearly, the current national climate is such that this debate may produce unintended consequences for our student athletes here at Mississippi State University and those at the University of Mississippi.

"We are disappointed that our student-athletes and coaches were affected by something outside of their control," Cohen added in a news release. "At the same time, we understand and support Commissioner Greg Sankey's stance on the flag of the state of Mississippi. Mississippi State University is proud to be among the most diverse universities in the SEC. Alongside our university leadership, we aim to continue our support for changing the state flag, which should unite us, not divide us."

MSU football coach Mike Leach -- who has drummed up ample controversy of his own this offseason after tweeting a photo depicting a noose that he later deleted and apologized for -- also chimed in on Sankey's comments via Twitter.

Retweeting the link to Keenum's official statement, Leach wrote, "I support President Keenum. At Mississippi State University I embrace the inclusion of all People and open dialogue on all issues. Hail State!"

In Oxford, Ole Miss Chancellor Glenn Boyce and Athletic Director Keith Carter issued a joint statement in support of removing the Confederate iconography from the state's flag, writing, "Mississippi needs a flag that represents the qualities about our state that unite us, not those that still divide us."

Should the NCAA follow through with the request it would be a major hit to both the baseball and women's basketball programs at MSU as both squads hosted regional events in the past two years and are annual contenders to do so.

"Mississippi student-athletes are realizing their voice, and their days of playing sports underneath a confederate flag in Mississippi will soon be over, one way or another," the letter reads. "Please consider your mission and join us in our movement forward. Together and united we will have our change."

While there are no immediate legislative plans to remove the Confederate battle flag from the state banner, such an undertaking is not without past precedent. In 2001, a referendum was put forth asking voters to choose between the current state flag -- originally incorporated in 1894 -- and a newly designed model, but more than 64 percent of voters chose in favor of keeping what remains Mississippi's official banner.