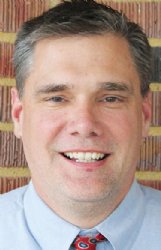 Lowndes County School District Superintendent Sam Allison will work with administration at Caledonia schools to gather opinions about the school's Confederate mascot for the board to review.

Those opinions could conceivably result in a future change in the schools' mascot.

LCSD's board approved the request at Thursday's meeting, three days after the county board of supervisors voted 3-2 along racial lines not to relocate the Confederate monument outside Lowndes County Courthouse to Friendship Cemetery.

After Monday's board of supervisors meeting, District 1 Supervisor Harry Sanders, that board's president, told The Dispatch that African Americans have remained "dependent" since slavery. His comments have drawn ire and calls for his resignation from citizens and public officials across the state this week.

Allison said after Thursday's meeting that he talked with school board members from Caledonia and decided the best step for the district would be to gather more information on the mascot.

"We just want to have all the information before a decision is made," Allison said. "We'll work with the principals at those schools to come up with a way to make sure the public knows that we want to hear from you going forward."

Allison told The Dispatch that the district hasn't finalized how it will work with the school administrations to gather opinions, but he acknowledged hearing from students is important.

"We haven't come up with it yet, but we'll come up with a way that we'll gather that information," Allison said.

He told The Dispatch that if a decision was reached to change Caledonia's mascot, it would likely not be an immediate replacement.

"If it were going to change, that process would probably need to start this year, but it probably wouldn't happen this year," he said. "It might happen for next year."

Allison and board member Brian Clark both told The Dispatch the mascot is a sensitive issue, so proceeding slowly is in the board's best interest.

"I think on something of this nature, you have to move carefully and get plenty of feedback," Clark said.

Board President Robert Barksdale said he supported Thursday's decision and Allison's efforts to gather information but offered no other comment.

The board officially announced the hiring of Sayonia Garvin as its new business manager at Thursday's meeting.

Garvin, the former school business administrator for Monroe County School District, was present Thursday and has already helped Allison and the board with financial matters of late.

"From my viewpoint, it means everything," Allison said of Garvin's help. "Her knowledge has already been such a blessing for me as superintendent."

Garvin's annual salary will be $95,000. She declined to comment to The Dispatch prior to officially beginning her position July 1.

Former business manager Kenneth Hughes' contract was not renewed for the 2020-21 school year and he was terminated May 4, less than two months before his existing contract was to expire. Hughes was removed during an investigation into district finances that Allison said resulted in "significant findings."

Hughes' last few years with the district have been plagued by financial issues. An independent audit into the district's finances last year found several examples of major purchases and other financial decisions were documented incorrectly and possibly never brought before the board. The district has also had to borrow money to pay teachers in December for the last two years.

The superintendent acknowledged it was hard not having a business manager in the period between Hughes' removal and Garvin's hiring.

Starting July 1, Garvin will help the board prepare a schedule for the completion of the Fiscal Year 2021 budget.

Allison said he has heard rumors that the Mississippi Legislature will keep education funding at the same level rather than cut it by 10 percent because of the coronavirus pandemic.

"If we could have level funding, that would be a big boost in this time of unknowns," Allison said.

He said it may be a "pipe dream" but that the state was in the most solid financial position ever before COVID-19 hit, a promising sign.

Allison isn't sure how much money might carry over to education from the Legislature's rainy day fund, but he's crossing his fingers for good news.

"My hope is that it's as close as it can be for next year just because it's a tougher time anyway," he said.