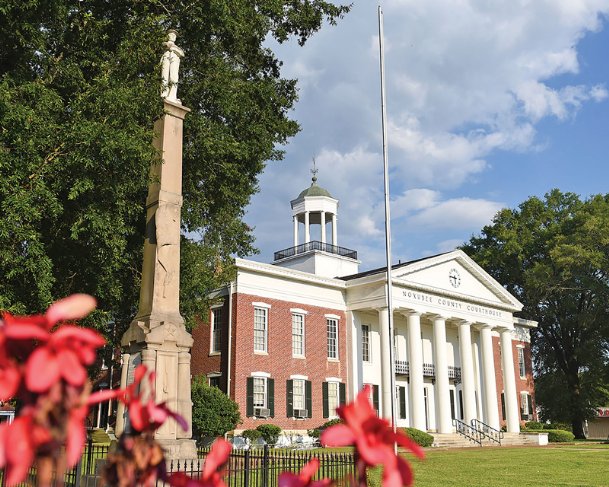 A Confederate monument sits on the lawn of the Noxubee County Courthouse, as shown on Thursday, in Macon. County supervisors will be discussing relocating the monument from the courthouse lawn at a board meeting on Monday. Photo by: Claire Hassler/Dispatch Staff

A fence surrounds a Confederate monument, as shown on Thursday, outside the Noxubee County Courthouse in Macon. On the side of the monument a plaque reads: "Erected by the Walter Barker Chapter No. 242 United Daughters of the Confederacy Mississippi Division 1901." Soldiers' names are listed below the statement.
Photo by: Claire Hassler/Dispatch Staff 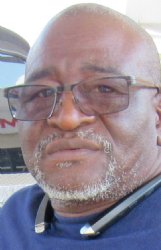 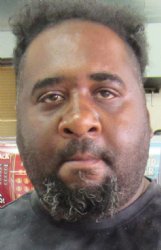 All across the South, the debate over what to do with Confederate memorials occupying prominent public spaces rages.

Some such monuments have been removed, some even destroyed. The fate of others remains uncertain, with protests and counter-protests raising emotions to a fever pitch.

In Macon, where a Confederate memorial, erected in 1901 and dedicated to the fallen Confederate soldiers of Noxubee County, stands on the northwest corner of the county courthouse ground, the debate -- if you want to call it that -- is distinctly different.

"I have heard a lot of talk about (the monument) here lately," said Johnny Simpson, 57, who has lived his whole life in Noxubee County. "People are saying, you know, it needs to be gone. But I don't think anybody's mad. It's just something people think should be done."

Antonio Matheny, 48, was even less animated over the issue.

"It can go. It can stay. I don't care that much," he said. "To me, I see the state flag or that monument and all it does is remind me of the civil rights movement. In a way, that's a good thing."

Both Noxubee County Supervisor Bruce Brooks and Macon Mayor Bob Boykin said they are beginning to get calls requesting the monument be moved, as has Scott Boyd, editor and publisher of the town's weekly paper, The Macon Beacon. Boyd wrote a front-page editorial in this week's edition calling for the monument to be relocated from the county-owned courthouse grounds to the city-owned Oddfellows Cemetery, where both Confederate and Union soldiers are buried.

"I was hearing from people talking about the monument, so I thought it would be a good time to address it," Boyd said.

To date, Boykin, Brooks and Boyd said the tone of the conversations have been calm. So far, none of the men has encountered opposition to the idea of moving the monument.

Both Noxubee County and the city of Macon are roughly 70 percent black.

"I think, yeah, most people would like to see it moved," said Boykin, in his 15th year as mayor. "I haven't seen any division like you see in other places. I know you're not going to please everybody, but I believe most people here think (moving the monument) is the right thing to do."

Although he has yet to discuss the issue with other supervisors, Brooks said he expects a proposal to move the monument will be supported by the board.

"We're going to discuss it at our board meeting on Monday," Brooks said. "I'd be surprised if the board didn't want to move it."

Boykin said the town's aldermen will take up the issue at its next meeting on July 7.

"By then, we should know what the supervisors have done," he said. "I can't speak for the board, but I'm pretty sure there would be support for moving it to the cemetery, especially if the county says they want to move it."

The bigger issue, all three say, is finding the funds to relocate the estimate.

"In the editorial I wrote, the one thing I was sensitive to is taxpayers shouldn't be asked to pay for it," Boyd said. "I've heard estimates anywhere from $25,000 to $100,000. The county and city just don't have the money for that."

Brooks agreed that the relocation should be funded privately.

"So far, the discussions have gone pretty smooth," he said. "We want to keep it that way. With that in mind, I don't think I could support asking taxpayers to pay for this."