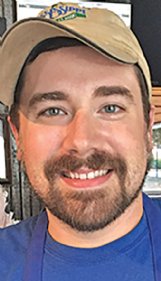 It took the Columbus-Lowndes Chamber of Commerce less than two weeks to find a successor for Lisa James as its new president.

Restaurant manager Wilson Beck was announced as the new leader of the chamber Monday, following the June 10 resignation of James, who is moving to Texas as her husband continues his Air Force career.

Although new to the position, Beck is no stranger to the Columbus retail business community. He comes to the new position from Zachary's Restaurant where, as general manager, he helped the restaurant eclipse $1 million in annual sales. Prior to that, he worked at Ashley Furniture and BancorpSouth.

"The experience I have obtained serving this city through the years has provided me with a skill set that I feel perfectly fits the chamber's mission of Connect, Support, Grow," Beck said. "I will be a strong voice for business in Lowndes County. I am excited to meet all of the current members and carry on the stellar reputation set by Lisa James and her management of the Columbus-Lowndes Chamber of Commerce."

The CLCC operates under the umbrella of the Golden Triangle Development LINK.

LINK CEO Joe Max Higgins said Beck's energy and enthusiasm made him an appealing candidate for the chamber director position.

"Wilson has been a major asset to Doug (Pellum, Zachary's owner) and the Zachary's team, and we see great potential in his transition to the Chamber," Higgins said. "He has great energy and has experience as a Chamber member that will serve the membership well."