'I think the peak is to come still': Area cleaning companies experiencing rebound after pandemic lull 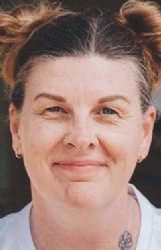 Since opening Worker Bees in Starkville in 2015, Shannon Voges-Haupt never once had a day without a single customer -- until April 3, the day Gov. Tate Reeves' statewide shelter in place order went into effect because of the COVID-19 coronavirus pandemic.

Then, Voges-Haupt's cleaning company at 504 Dr. Martin Luther King Jr. Dr. W. went without any business for several days. With no shifts to offer her willing employees, she had to temporarily turn them away.

"It got scarily slow because everyone was on lockdown and didn't want anyone in their house, and all the restaurants were closed," she said.

Karah Walters, owner of the Columbus-based Karah's Cleaning Service, saw something similar. With residents quarantined, curfew enforced and no one leaving home, Walters received only two calls during the first two weeks of April and didn't serve a single customer.

Things soon began to change. By mid-April, Walters' demand began to rise again. Compared to her normal weekly average of 15 residential and commercial jobs -- anywhere from Starkville to the Tupelo area but concentrating on Columbus, West Point and Caledonia -- she's doing roughly 30 and hired another worker to help.

"I think people were just ready to have cleaning," Walters said.

Voges-Haupt pointed out that with plenty of regular residential customers still not ready to leave their homes, Worker Bees isn't yet back to its full capacity. The business lost six of its 12 cleaners and no longer performs its average of 15 jobs a day.

But both Voges-Haupt's and Walters' businesses have survived the worst, and Voges-Haupt is optimistic that her cleaning company has better days in front of it.

"I think the peak is to come still," she said.

Before taking on a client, Walters makes sure to ask plenty of screening questions to touch base before getting into the specific services a customer needs.

After all, she has young children at home, and she wants to make sure she's not spreading the virus to them or bringing it into a home or business.

It's why she wears gloves and a face mask, sprays disinfectant and wipes down surfaces everywhere.

That's part of building what ServPro COO John Sooker called "facility confidence" in an interview with Fortune.com in May. The idea of making sure public places pose no ill health effects isn't lost on Walters, who has done commercial jobs with O'Reilly's Auto Parts and urgent care clinics in the area.

"You want to make sure that things are constantly wiped down because there are so many people who are coming in these areas," she said.

The supplies Walters needs to do that weren't always readily available, especially early on. After having trouble finding the cleaning products in stores, she ordered online via Walmart and Lowe's a month in advance and is fully stocked up.

Voges-Haupt said Worker Bees' normal supplies -- including latex gloves -- are on back order, but the business has built up a stockpile and has sufficient equipment.

Her workers, too, are masked and gloved as they enter residences and commercial buildings. They have their temperatures taken daily, and they switch out rags, mop heads and scrubbies from place to place to ensure cleanliness. Voges-Haupt said her cleaners start with a top-to-bottom deep clean on their first visit to a location, finish each cleaning with a Centers for Disease Control and Prevention-recommended sanitizer and typically perform services every other week for residential clients.

"Once a month, it really needs it, and once a week is almost a little bit too often for most people," Voges-Haupt said.

"We really pushed their services because a lot of it was outside, and it could be done with no contact," she said.

For residential services, which make up the bulk of Worker Bees' clientele, Voges-Haupt also ensures homeowners will be out of the house when her workers come in.

"That lessens the amount of people that we're interacting with since we go in and out of so many people's houses," she said.

Cleaning could take on greater emphasis

According to estimates by Marketdata, COVID-19 has caused a 1.6-percent decline in revenue for the commercial cleaning industry. MarketResearch.com, which shared the statistic, also said the pandemic could have a disproportionate impact on smaller cleaning businesses, possibly forcing many to shutter for good.

That's partially because people will take cleaning more seriously in the wake of the pandemic, Walters said, and will seek the service more often.

"I think it's extremely important right now," she said. "The clientele and people that need services understand that it's very, very important to keep your hands washed, keep things sanitized and sprayed constantly so it doesn't spread to other people."

But while Voges-Haupt said she's always happy to take on business, she hopes people can take it upon themselves to learn how to clean. She said that contrary to what many people might think, the CDC's instructions on proper sanitation are self-explanatory and easy to follow.

"Even if you can't afford to have a cleaning company or you're not able to have us come into your house, you can still follow those steps to help keep your house clean yourself," Voges-Haupt said.