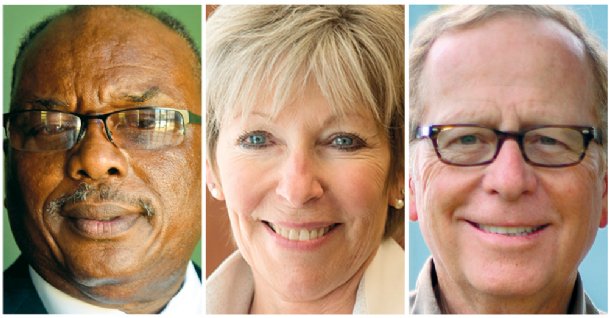 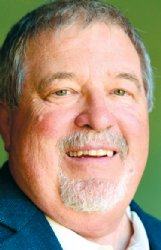 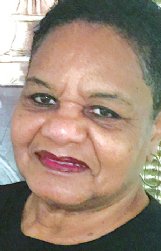 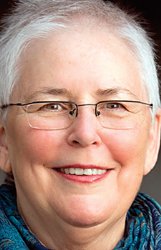 Employees and customers of businesses and city-owned buildings in Columbus, Starkville and West Point must wear protective face coverings in order to curb the spread of the COVID-19 coronavirus, all three cities decided Tuesday.

Rising numbers of confirmed cases of the virus led local leaders throughout the Golden Triangle to consider mask requirements, with Oktibbeha County enacting its own this week as well. Mississippi State University requires masks on campus as of June 29.

Columbus City Council unanimously voted Tuesday night to allow City Attorney Jeff Turnage to draft a resolution that would require mask-wearing in city-owned facilities, retail stores and other businesses including restaurants and fitness centers, except for when citizens are eating or exercising.

The resolution will take effect Thursday, Turnage told The Dispatch. Violations of the resolution could lead to a fine between $300 and $1,000, Mayor Robert Smith said during the meeting.

Despite voting in favor, some council members expressed concerns about the legality and the enforceability of the resolution.

Ward 6 Councilman Bill Gavin, for instance, asked the council if the mask requirement would infringe upon people's Constitutional rights.

"If we do this, could we look at backlash if somebody is coming up here and saying, 'you are trenching upon my rights?'" he said.

Ward 1 Councilwoman Ethel Stewart said the argument of defending the Constitutional rights is not an excuse to not wear life-saving masks during a pandemic. The number of cases in Lowndes County, she said, serves as an alarming sign of the deadly pandemic.

"As elected officials, we don't want to get ourselves into a bind," she said. "But if you look at these numbers on this paper, we should be shut down right now. You're either going to wait until you get into a super crisis, or we are going to make the decision to try to protect the people in this town.

"The person that says he cannot wear a mask? You get that COVID, the first thing you will be doing in the hospital is having a mask put on your face, or you would be put on a ventilator," she added. "For anyone in this room that feels, 'Well, it's my personal right not to wear a mask,' what you don't have a right to do is show up in a meeting and crowd around other people."

Turnage told the council he isn't worried about any legal challenges that may face the city, since the pandemic puts the city under a state of emergency.

"There may be very well a backlash, but I'm not worried about the merits of a lawsuit," Turnage said. "This (resolution) does not stop a retailer from making money."

Ward 2 Councilman Joseph Mickens said he supports the mask requirement but asked how the city could protect citizens with underlying health problems such as chronic obstructive pulmonary disease (COPD). They would have trouble breathing with a mask on, he said.

Turnage said vulnerable crowds, such as those with COPD, should, of all people, wear protective gear to avoid contracting the virus. Ward 5 Councilman Stephen Jones, who wore a face shield to the meeting, suggested face shields may serve as an alternative to masks.

"They should be wearing a mask more than anybody else, because if they had it, it's going to kill them," Turnage said.

Ward 3 Councilman Charlie Box said he also wondered if it's possible to effectively enforce the resolution with the police officers the city employs. The department now has 51 officers, said Police Chief Fred Shelton. Smith said police officers will do the best they can to enforce the regulations within the city.

Stewart urged Shelton to remind business owners -- when clashing with violent customers who refuse to wear masks -- to call the police instead of dealing with them themselves.

"You don't want to take it into your own hands and end up being hurt," Stewart said.

Starkville requires businesses as of today to monitor customers both at the entrance and inside in order to ensure that all customers over the age of 6 wear masks and that everyone adheres to social distancing, according to the resolution aldermen approved Tuesday. Stores must also provide signs at the door and markers on the floor reminding people to stay six feet apart. Violators face a fine of up to $1,000.

The city enacted a similar mask requirement on April 28 and lifted it May 9 as businesses gradually reopened on Gov. Tate Reeves' orders.

The resolution passed with a 6-1 vote, and Ward 1 Alderman Ben Carver was the sole dissenter. He asked Mayor Lynn Spruill how long the mandate will be in place, and she said it will until the board rescinds it.

"Rather than us going back and forth, I think this is going to be, at least on a temporary basis, a new normal for us," Spruill said.

The board heard four opinions in support of the mask requirement and two against it during the meeting. Cameron Huxford, a pulmonologist and the Intensive Care Unit medical director at OCH Regional Medical Center, expressed his opposition to the requirement and provided the board with a petition signed by 17 other doctors who share his view.

The 18 doctors have a combined 309 years of medical experience, with specialties ranging from emergency room medicine to anesthesiology. They do not want to discourage the use of masks, but they oppose a government mandate because they do not believe there is sufficient data to show that masks effectively prevent the spread of COVID-19, Huxford wrote in a letter to the board.

"Mandating masks may also provide a false sense of security, leading to a decreased conviction to perform the more protective activities such as social distancing and hand hygiene," Huxford said.

OCH CEO Jim Jackson, who spoke at the board's request, said Huxford does not represent the hospital's position on masks. Huxford was an independent practitioner when the pandemic began in March and started working for OCH in April.

Local family doctor Emily Landrum expressed her support for the mask requirement and said she had personally spoken to Dobbs, who warned that Mississippi's health care system would be overwhelmed with virus cases if people did not take safety precautions. The Mississippi State Department of Health has banned elective surgeries for the next two weeks in six counties to free up hospital resources to care for COVID-19 patients.

"Masks not only have the potential to prevent the spread of COVID-19 up to 90 percent of the time, but they also serve as social cues, reminding others to keep their distance and be mindful of their actions," Landrum said.

Carver said he supported the opinions of the 18 doctors who signed the petition, but Ward 5 Alderman Hamp Beatty said the city should do whatever it can to keep the virus at bay before MSU students return for classes next month.

The lack of consensus over how to combat the virus likely comes from Starkville's experience with it largely occurring in long-term care facilities rather than the general community, Ward 2 Alderman Sandra Sistrunk said.

"These days, when you look at the changes in numbers from one day to the next, frequently you're going to see that those are community transmissions," she said.

OCH has admitted 67 positive cases and seen 20 patients die of COVID-19 since March. This does not include patients who were treated in the emergency room and never admitted to the hospital.

OCH has the capacity to handle 14 positive cases of COVID-19 and had been averaging eight to 12 per day in June, but Jackson said the hospital had two as of Tuesday morning.

"We are far from being overwhelmed, and we certainly have been able to meet the needs of this community," Jackson said.

In West Point, selectmen approved a mask "requirement" in a special-call meeting that included no enforcement procedures or penalties.

Mayor Robbie Robinson had to cast a tie-breaking vote to get even that.

The rift came from whether the city should recommend or mandate citizens wearing masks, primarily at indoor public gatherings with several people or to enter most businesses. Robinson first presented it as a recommendation, which sparked a debate between Ward 5 Selectman Jasper Pittman and Ward 4's Keith McBrayer.

Pittman said citizens likely weren't going to change their behavior over a recommendation, so a mandate "holds people to a higher standard." McBrayer said a mandate would cause more problems with police enforcement and pushed for shifting the responsibility for enforcing mask wearing to businesses themselves.

Ward 2 Selectman William Binder joined on the side of Pittman, arguing that after the city's previous two-week mandate on wearing masks expired in May -- which was enforced by police -- people took it as permission to stop wearing masks altogether. And Ward 3's Ken Poole, who ultimately voted with McBrayer, said even as a mandate, the new order wouldn't change anything.

Ultimately, the version Robinson pushed through with his vote was something of a compromise.

It requires citizens to wear some type of covering over their mouth and nose when entering most indoor public spaces and businesses, while also practicing social distancing. It recommends businesses post signage on their doors notifying people of the requirements, and says patrons in such a space without a face covering "will" be asked to leave by the business owner if they refuse to comply.

"We're hoping every business buys into it," Robinson told The Dispatch after the meeting. "We don't have the police power to enforce this. We're appealing to the common good sense of most people."

Leta Turner, of Ward 2, abstained from the vote, forcing Robinson to break the 2-2 tie in favor of issuing the requirement.

"Wearing a mask is a civic responsibility," Turner said at the board table. "I'm just wondering how we enforce that. For that reason, I abstain."

The order passed Tuesday offers several exemptions, including: religious beliefs that prevent wearing a face covering; those with medical or behavioral conditions who cannot wear one; restaurant patrons while dining; offices with fewer than 10 employees; settings like dentist offices and swimming pools where a mask is impractical; banks, gyms or places where there are already physical partitions between customers and employees; small offices where the public doesn't interact with the employer; and children under 12.

Businesses can also contact City Hall to obtain an exemption.