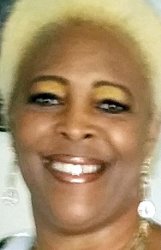 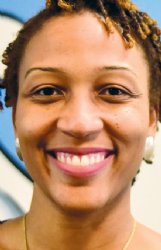 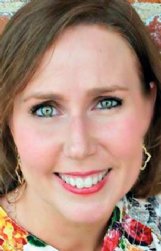 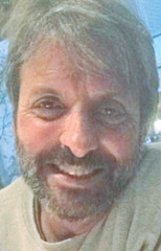 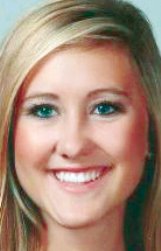 The Columbus-Lowndes NAACP has sent letters to several hundred businesses in the community asking business representatives to publicly state whether they support the effort to have District 1 Supervisor Harry Sanders resign from the county board of supervisors.

But the letter's promise to publish a listing of which businesses support the effort and which do not left some business owners feeling the organization was attempting to strongarm them into taking a position on the subject.

Sanders came under criticism from the NAACP and other community leaders last month after he told a Dispatch reporter that Black citizens have been "dependent" since slavery ended and that they are the only ethnic minority in the country to not assimilate into American society. The comments resulted in national media coverage and sparked protests throughout the community. On June 28, the Columbus-Lowndes Chamber of Commerce, under the umbrella of the Golden Triangle Development LINK, ran a two-page advertisement in The Dispatch asking Sanders to step down from the board. Around 150 business representatives signed the petition, most of them Chamber members.

The letter, dated June 30 and which NAACP President Lavonne Harris attached in an email with the subject line "Boycott -- Harry Sanders Must Go!," asks businesses to respond by July 3. Harris and Nadia Colom, a volunteer with NAACP who handles the organization's communications, said they sent between 300 and 400 letters, mostly to Chamber members.

The email with the attached letter says those businesses who do not support the NAACP's position will be "discouraged from continued support."

"We fully understand our buying power and will use it as such by not patronizing any businesses unwilling to likewise take a public stand," says the email, which is also signed by Harris but which came from Colom's address. "We hope that you will stand with us in this fight."

Though Harris supported her position in a letter to the editor which ran in The Dispatch Tuesday, she later appeared to back down from saying for sure when or if the NAACP would publish the list of businesses and their stances as indicated in the email, saying NAACP committee members would need to meet and decide on the issue.

"I'm not sure about (publishing a list)," she said. "I'm meeting with the board, the executive committee, ... and we'll decide what we're going to do after then."

Harris and Colom both said most of the responses they received from businesses were supportive of the NAACP's position. But some Chamber members who received the email said they felt business owners would have responded better if the email had been more cooperative, particularly given that many Chamber members had already signed a petition asking Sanders to resign.

"I did not feel like I was asked to stand alongside (NAACP), which is exactly what the Chamber had done in a previous communication," said Karen Stanley, owner of marketing company neonFROG. Stanley was one of those business owners who signed the ad that ran in The Dispatch June 28. "There was some wording there that was much stronger and not as friendly in the way that they asked us to stand alongside them."

"I don't like ultimatums," he said. "That's the main thing."

He said he had been out of town for several weeks prior to receiving the letter and had not known much about what Sanders said. But he said he would have been willing to look into it and stand alongside the NAACP had they reached out to him and the other businesses without giving him a deadline and without threatening to publish his name.

"That's not the way you do it," he said. "Had they told me, 'Hey, this is what Sanders said. We think he's racist.' And I would have researched it and if I thought the same thing, then yeah, I'd be happy to support you. But don't give me an ultimatum."

Stanley and Rapisarda both said they knew of other business owners who felt the same way.

Chamber President Lisa James declined to comment on the feedback the Chamber received from business owners and other members who received the NAACP's email. However, she did confirm the Chamber changed its policy about members having access to each other's contact information partially in response to the NAACP's letter.

Previously the Chamber allowed members access to other members' contact information for "direct business to business marketing purposes," according to a Chamber email James shared with The Dispatch. However, following the NAACP, which is a member, using the Chamber's directory to send the letter to other businesses, the Chamber's board decided to no longer distribute the directory directly to members "to avoid any misappropriation of such member information."

Both Harris and Colom said they do not think the letter was inappropriate. In a letter to the editor that ran in The Dispatch Tuesday, Harris compared the issue to the economic pressure the state faced to remove the Confederate emblem from the state flag.

"While there have been many businesses like those standing with the LINK in calling for his resignation, there have also been too many reaping the benefits of our support while remaining silently complicit with Mr. Sanders' comments," she wrote. "To go to the extreme of calling this extortion is nothing more than an example of entitlement and privilege."

Harris also said she does not think the letter threatens business owners with an ultimatum or boycott.

Colom compared it to a customer who decides not to patronize a certain business after being treated badly by its staff. Everyone has a right to choose where they spend their money, she said.

"If you have businesses that are benefiting from resources that I, or a group of individuals, that felt offended by Mr. Sanders' statements, if ... your business benefited from those and you feel in agreement with him, ... I don't think it's necessarily extortion at all to have that freedom of choice of where to spend your money," she said.