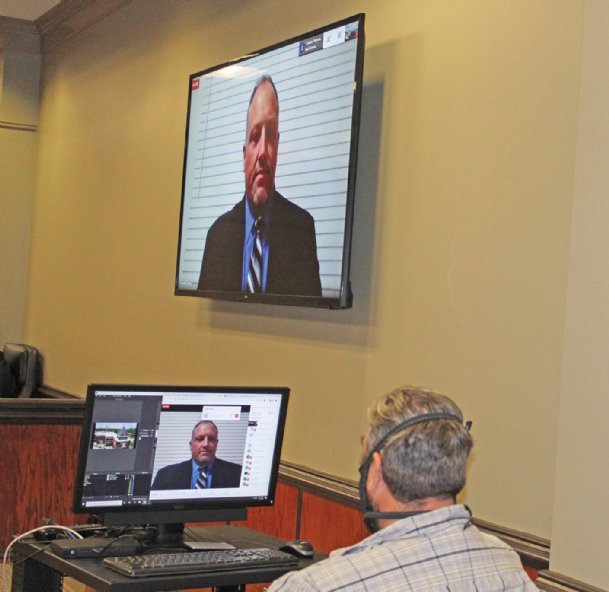 Brandon Doherty, left, will start his new job as Starkville's new parks and recreation executive director Aug. 14 after a unanimous board of aldermen vote Tuesday. Doherty hails from Illinois, and his background includes providing parks and recreation activities for the U.S. Army. Photo by: Tess Vrbin/Dispatch Staff

Starkville's new leisure and entertainment district, approved Tuesday, allows open containers of alcohol on the streets of much of downtown and the Cotton District, as pictured. The city's goal in creating the district is to bolster businesses that have struggled due to the COVID-19 pandemic limiting activity.
Photo by: Courtesy image/City of Starkville 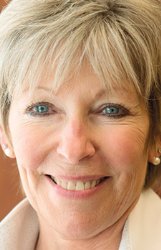 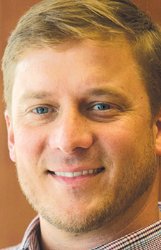 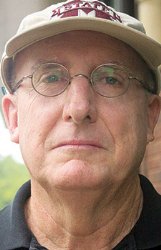 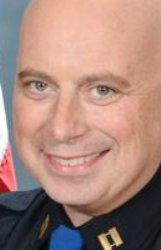 Starkville hired a new Parks and Recreation executive director Tuesday with a unanimous board of aldermen vote and several statements of confidence.

Brandon Doherty hails from Illinois, and his background includes providing parks and recreation activities for the U.S. Army. He had met with Mayor Lynn Spruill and six of the seven aldermen in person prior to Tuesday so they could interview him for the position. He had not met with Ward 1 Alderman Ben Carver, who said at the meeting that he did not have any questions for Doherty.

Spruill and the aldermen publicly interviewed two finalists in the first round of applicants at their work session June 12. The board unanimously chose Craig Dolan, the director of recreation in Tarpon Springs, Florida, at its June 16 meeting, but he turned down the job offer on June 19.

Dolan was one of two finalists in a pool of 21 applicants, including Doherty, who initially withdrew his application but reapplied after the city re-advertised the open position.

Aldermen Sandra Sistrunk of Ward 2, Hamp Beatty of Ward 5 and Henry Vaughn of Ward 7, the three aldermen who were physically present at Tuesday's meeting -- three more attended via teleconference -- praised Doherty's professional background and experience managing finances and recreation programs. Spruill agreed and said he has a range of experiences the parks department has not seen in the recent past.

"I'm excited that we've got someone who can come in and start making the parks and recreation department their own and put their stamp on it," Spruill said.

Gerry Logan, the previous parks director, left at the end of March to take a position as Mississippi sales representative with MUSCO Sports Lighting. David D'Aquilla, a member of the design team for Cornerstone Park, has been serving as part-time interim director since March 30.

Open containers of alcohol are now allowed on the streets of much of downtown Starkville and the Cotton District. The board voted 3-3, with Spruill breaking the tie, to create a temporary leisure and entertainment district in an attempt to bolster businesses that have struggled due to the COVID-19 pandemic limiting activity.

The city currently has roughly a $125,000 sales tax revenue shortfall, based on the data from March to May, said Sistrunk, the board's budget chair. Restaurants have taken the biggest hit, while hotels have taken the second-biggest, she said.

Sistrunk, Beatty and Ward 4 Alderman Jason Walker voted in favor of the leisure and entertainment district. Vaughn, Carver and Vice Mayor Roy A. Perkins of Ward 6 voted against it. Ward 3 Alderman David Little was absent.

Carver said he was concerned about the leisure district's extra demands on Starkville Police Department.

"I think we all know this is going to create situations where if this wasn't a COVID-related time, we would almost encourage a bunch of guidelines and say you're to have that naturally," Carver said. "I think over time, we'll see the police chief come back to us and say it's pretty tough."

The leisure and entertainment district is meant to add to the viability of the Streatery, an outdoor seating and dining space that the board approved July 7 to temporarily occupy nine parking spaces on Main Street between Restaurant Tyler and Moe's Original BBQ.

The Streatery is already facing a challenge in Oktibbeha County Circuit Court from Charles Bruce Brown, a lawyer whose office sits between Restaurant Tyler and 929 Coffee Bar. Brown circulated a petition opposing the Streatery and collected 31 signatures from citizens with offices and businesses on Main Street.

Brown argues that the Streatery would only benefit a few specific restaurants and therefore violate the state law prohibiting the use of a public space for a private citizen, business or industry. Spruill and City Attorney Chris Latimer have said the Streatery would simply repurpose a public space for another public use and therefore would not break any laws.

The temporary district has no set expiration date, so the aldermen will take it up for another vote if they ever decide to discontinue it, Spruill said.

The city indefinitely furloughed 47 employees in April as a cost-saving measure to counteract the anticipated sales tax revenue shortfall, and the board voted unanimously at the July 7 meeting to restore them to full employment if the city's sales tax revenues by July 17 were no more than $135,000, or 20 percent, less than they were at the same time last year.

The furloughed employees will return to their regular work schedules Aug. 3, and the city will resume twice-weekly garbage pickup the same week but will not resume curbside recycling, Spruill said. The board voted in March to reduce curbside garbage pickup to one day per week for each route during the emergency, rather than twice weekly, and to temporarily suspend curbside recycling.

Students will return to Mississippi State University next month, and Beatty said he is concerned about a resulting increase in COVID-19 cases in the area if students do not take social distancing and the local face mask mandate seriously.

"There are 22,000 students coming back to Starkville, and there are no masks being worn, there is no social distancing being done (in the Cotton District), and certainly if that virus is in Starkville, it's being transmitted in that environment," Beatty told The Dispatch.

Spruill tasked the police department with increased monitoring of the Cotton District to enforce the mask requirement, enacted July 7. SPD Chief Mark Ballard said the managers of restaurants and bars have to take the rule seriously to begin with. Violators face a fine of up to $1,000.

"It begins with high levels of communication, and we intend to approach each and every owner and manager of those establishments and let them know the expectations and consequences of not following through, so there's no lack of education," Ballard said.