Baseball architect talks of 'bittersweet' unveiling of most recent design 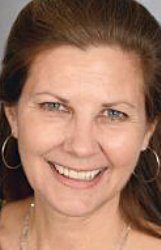 Smith, a baseball architect that has enjoyed nearly a five-decade long career, now serves as the senior vice president for Planning and Development with the Los Angeles Dodgers. The Dodgers opened their season with an 8-1 nationally televised win against arch rival San Francisco on ESPN as the league kicked off its truncated 60-game schedule on Thursday. Throughout the broadcast, Smith's latest project, a new center field plaza that was part of an estimated $100 million worth of stadium renovations this offseason, was shown and given acclaim from announcers.

Yet, no fans were there to enjoy it in person.

The plaza essentially creates a new front door to Dodger Stadium, Smith told Starkville Rotary Club Monday afternoon virtually from Los Angeles as a framed Brooklyn Dodgers Jackie Robinson jersey sat next to her on her screen. As part of the plaza, new concession options, a welcome center and other fan engagement options will all be available for Dodger fans whenever they are allowed back into stadiums.

"Like everyone else in March, we got the call that our world was shutting down. But construction never had to stop in California, so we lumbered to the finish line," said Smith, a Jackson native recently inducted to the Mississippi Sports Hall of Fame. "Sadly, it's a bittersweet finish because fans can't come in to enjoy this."

The Dodgers made a focal point to improve their park amenities this offseason after they were scheduled to host the 2020 MLB All-Star game before the COVID-19 pandemic forced MLB to settle for a short season. Trying to regain some publicity for its prized new project, the Dodgers had star outfielder Mookie Betts pose in front of the center field entrance next to a statue of legend Jackie Robinson after Betts signed a 12-year, $365 million extension.

"The Dodgers chose to do that in center field as both a ceremonial nod to the history of the Dodgers and Jackie Robinson and all that represents, and of course Mookie Betts representing the next 12 years of Dodger history," Smith said.

From a distance Monday, Smith told Rotary members of her various contributions to baseball architecture, highlighting some recent projects and some that extend back decades. When Smith started her role with the Dodgers in 2012, Los Angeles was still using the same metal lockers that Dodgers legend Sandy Koufax used when Dodger Stadium was opened in 1962. The Dodgers' clubhouse was in need of upgrading immediately, Smith said.

"Clubhouses today are more than just a clubhouse," she said. "There's a conditioning room and training room, there's a kitchen, there's a quiet room. We didn't have any of that. We've felt it's given us a competitive advantage when we go recruiting to sign players."

With former Baltimore Orioles president Larry Lucchino, Smith helped oversee the development of what is now Orioles Park at Camden Yards in 1989.

Throughout her entire career, Smith said her proudest moment has been helping to construct a ballpark in an urban area. Since Orioles Park at Camden Yards was constructed, there have been 23 MLB ballparks built in urban centers.

"The thing I'm most proud of is it spawned a generation of baseball parks being built in urban centers and returning baseball to its roots," Smith said. "You look across the country and I think it's been an important factor in cities from Denver, to Pittsburgh, to Cincinnati, to San Francisco, in terms of rejuvenating those downtowns."

At the time of construction, MLB Hall of Famer Frank Robinson was the manager of the Orioles. Robinson, the only player in MLB history to win an MVP in both the American and National Leagues, consulted with Lucchino and Smith on the design.

"Frank understood what we were trying to do and was an amazing advocate," Smith said. "It was one thing for Lucchino, who's a lawyer, and me as an architect to go around talking about building an asymmetrical playing field with a small amount of foul territory so fans can get close to the action. It was a whole other thing for Frank Robinson to be talking about that.

"Frank, growing up playing in parks of that era, really could speak with credibility and authority of what it meant as a player to have fans that close to the action and feel the energy of the hometown crowd. He cared passionately about the park being fair, that was the way he put it, it has to be fair. It cannot be a hitter's park or a pitcher's park."

Smith also lauded her time at Mississippi State, and said she can't wait to return someday to check out MSU's Dudy Noble Field.

"I always value the education I got in Starkville and the ability it gave me to think analytically about problems, the ability that the school of architecture program gave me to concentrate all of my electives in communications which I think has really served me well in the roles I've had," Smith said.