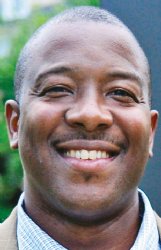 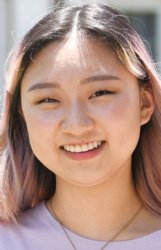 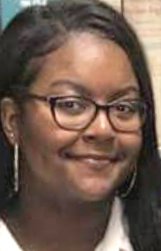 During the COVID-19 pandemic, public schools have faced a complex challenge in keeping their students safe for the roughly eight hours a day they are in their charge.

For Germain McConnell and the Mississippi School for Mathematics and Science, the challenge is increased by a factor of three.

As a residential high school, MSMS is responsible for the safety of its 241 students, 24/7. McConnnell, the school's executive director, said plans for the upcoming school year focused heavily, but not entirely, on that challenge.

"First and foremost, keeping our students and employees safe is the highest priority," McConnell said. "That's where our planning started."

MSMS, which accepts students from all over the state, will open Aug. 10 with a hybrid plan that not only includes in-class and virtual learning, but for the first-time non-residential learning as well.

"The plans were developed to minimize risks as we deal with COIVD-19," McConnell said.

Juniors will move in on Aug. 8, begin classes on Aug. 10 and remain on the MSMS campus for the first 4 1/2 weeks of the 9-week term before returning to their homes to finish the term. Seniors will arrive on campus after the juniors leave campus, having participated in virtual learning the first 4 1/2 weeks. The two classes will rotate on that schedule through the end of the school year next spring.

The plan will allow the school to give each student his or her own dormitory room. Previously, there were two students per room.

McConnell said the plan to bring in the junior class to campus first was made for a specific reason.

"We felt it was important to bring in the juniors and get them acclimated right away," McConnell said. "Many of the students haven't been away from home and apart from their families for an extended period of time. We wanted to get them here, get them used to a faster pace and more vigorous learning environment to help make sure they don't fall behind. For juniors, falling behind makes it even more difficult, so we're doing it this way to make sure they get off to a good start."

Other changes include strict policies on mask wearing, social distancing and limitations on where students are allowed to go.

Students will be allowed no more than two visitors in their rooms. The door must remain open during those visits.

At least for now, students will not be allowed to leave campus.

"One of our biggest concerns is what happens after school hours," McConnell said. "We have to remember, the students have been at home since spring break. When they come together, it's going to be tempting to want to socialize. One of our parents' biggest concerns is whether their child is going to be isolated. So we're trying to create an atmosphere that allows students to socialize, but do it as safely as possible. We're trying to keep things as normal as possible. But we have to make sure it's as safe as we can make it, too."

Choosing whether to attend MSMS

For Clare Seo, a senior from Starkville, her decision came down to sacrificing social life for the sake of academics.

"At first, I was really optimistic about how school at MSMS was going to be," she said. "But as the plans got slowly more restrictive, I started thinking about it. Socially, I'd have a great time going back to Starkville High School, but the academic aspects and the classes I have to take my senior year that are offered at MSMS made me want to finish out at MSMS."

Seo said another allure of returning to MSMS involved preparing for college.

"The counselors (at MSMS) do such a great job with the college application process, so I don't want to miss out on that," she said.

MSMS offers a virtual-only option. McConnell said 15 students have chosen that option heading into the school year. Seo said she may take that option during the spring semester.

"I'll have all my college applications finished by then," she said.

While Seo has done her on cost/benefit analysis of attending MSMS this fall, Sylvia Graham said there hasn't been much soul-searching as to whether or not her daughter, Carolena, would attend.

Carolena Graham is one of the incoming juniors.

"There was never a question about it," Sylvia Graham said. "I was satisfied with the school's plans and Carolena is absolutely excited about starting classes at MSMS. She's been waiting for this a whole year. She wasn't going to change her mind. I don't think she ever even had a thought about that."