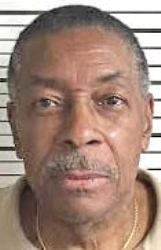 Work on a sanctuary project was never finished, as this Dispatch file photo from 2017 shows. Donald Crowther, owner of TCM Companies and the contractor for the work, pleaded guilty to fraud in Oktibbeha County Circuit Court on Thursday for submitting false invoices to the church for payment.
Photo by: Dispatch file photo

The owner of a Long Beach construction company that allegedly failed to properly construct a Starkville church's new sanctuary pleaded guilty Thursday to a fraud charge from four years ago.

Donald Crowther, owner of TCM Companies, wrote in his plea that he "prepared and submitted false invoices" of checks paid to contractors, which were later erroneously reported to Second Baptist Church. He was arrested and charged in April 2016, and his trial in Oktibbeha County Circuit Court had been scheduled for Monday but was postponed.

The attorneys on both sides have not yet agreed to a sentencing hearing date, Circuit Clerk Tony Rook said. Crowther's plea could result in a maximum prison sentence of 10 years or a fine of up to $10,000.

Crowther, 73, previously served prison time in Minnesota for the felony of bribing a federal official in 1995. His attorney, Warren Conway of Conway Denson and Associates in Gulfport, did not respond to a request for comment by press time.

TCM Companies and Second Baptist Church have been embroiled in legal issues since December 2015, when church trustees filed a civil lawsuit in circuit court against TCM, Pastor Joseph Stone Jr. and Head Deacon Terry Miller. The suit alleges Stone and Miller negotiated the May 2013 contract to build a new sanctuary without the board's approval and withheld money collected through church offerings from the trustees.

Another civil suit in 2018, solely against TCM, calls the company's work on the new sanctuary "negligent" and "defective." The project was never actually completed, and the building permit expired in October 2017.

The trial for the second suit was also initially scheduled for this week, but it was postponed until Oct. 19.

Stone and Charles Ware, a spokesman for the church trustees, both told The Dispatch they are not certain Crowther's plea would make the remaining litigation easier to complete, but Ware said Crowther's admission of fraudulent behavior in the contract he negotiated with Stone "clears up a lot of things."

Stone maintains he and Miller did nothing wrong.

"Whatever route (the litigation) takes, we'll just trust the outcome," he said.