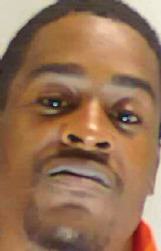 Police have arrested a Columbus man accused of shooting near the intersection of Military Road and Eighth Avenue North Wednesday.

Paul Eggleston, Jr., 29, has been charged with shooting into a dwelling and possession of a weapon by a felon, Columbus Police Chief Fred Shelton said. Eggleston is accused of shooting at an acquaintance's home Wednesday morning. Shelton said Eggleston and the victim had been arguing before the shooting occurred.

Shelton said no one was hurt during the shooting.

Eggleston is currently in custody at Lowndes County Adult Detention Center. His bond has not been set.