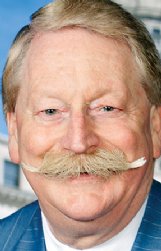 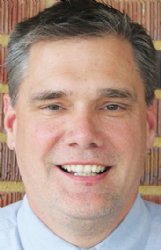 Lowndes County School District is suing the contractor, material supplier and installer of the leaky roof at the 2-year-old New Hope High School building for $2 million.

LCSD's suit claims it is entitled to the installation of a new roof or its monetary equivalent due to a breach of the contract the district made with West Brothers and its subcontractors and materials. The district also cited negligence, breach of warranty and breach of good faith and fair dealing by the three defendants.

The $24.3 million New Hope High School -- the most expensive of several district facilities paid for by a $44 million bond issue voters approved in 2015 -- was completed in February 2018, and the roof at the new building began leaking within two months of completion. Nearly 200 leaks occurred within the first year and caused "massive" damage to the school, according to the suit.

An independent inspector -- Ben Hixson of Alabama-based Hixson Consultants Inc. -- examined the building and delivered a report to the district in April. Hixson concluded that Lindsey's installation was faulty and that GAF had not communicated with Lindsey about proper installation and application techniques.

"Based upon the many facts causing the roofing deficiency failures, GAF as the designer of record and Lindsey Roofing & Sheet Metal are responsible for the problems," Hixson said in his report.

The suit alleges that GAF and Lindsey have not fulfilled their warranties, which include Lindsey's three-year installers' warranty running through 2021 and a 20-year guarantee from GAF that runs through Feb. 9, 2038.

According to the suit, GAF has not honored its guarantee, nor has it sought to pay any amounts under its warranty. Instead, the company has attributed the leaks to structural problems with the building, but the district's suit says such problems do not exist.

LCSD Board Attorney Jeff Smith, who filed the suit on behalf of the district, told The Dispatch that while Lindsey and West Brothers have expressed a willingness to negotiate with the district, GAF feels it has done nothing wrong and has made no attempt to negotiate.

"We've been very disappointed in GAF's position," Smith said in a text message.

Representatives from GAF did not return messages from The Dispatch by press time.

LCSD's suit called for the defendants to pay attorney fees and all other costs and fees involved in the matter in addition to the compensatory and general damages of no less than $1 million each. The district also requested extra-contractual damages for the breach of good faith and fair dealing.

West Brothers said it had no comment on the lawsuit. No Lindsey representative was reachable for comment by press time.

District to bulk up bus fleet

LCSD will also spend up to $1.5 million over the next two years to improve its fleet of school buses. In a 4-1 vote at a public hearing Friday on the Fiscal Year 2021 budget, the board authorized issuing debt for the project that would be repaid from a portion of its dedicated capital improvement millage.

Superintendent Sam Allison said the district will designate one mill for purchasing new buses. LCSD has 3 mills each year dedicated to capital improvements. That millage can go unused, and before setting aside the mill for the buses, the district had 1.6 mills available.

"It makes you able to do the things you need, and that's why it's there for school districts," Allison said of the capital improvement millage.

On the district's 81 bus routes, 22 buses were made in 2010 or before, while 39 were made in 2013 or before. In front of the board, Allison questioned the safety of the older buses and recommended beginning to replace the fleet.

"If we don't address our need for some new buses now, it's going to really come and hit us in the future as far as needing some," he told The Dispatch on Monday. "We want to get our fleet back into good working condition."

Smith put the average cost of one bus at about $82,000 and said the district should be able to afford at least three new ones per year. Allison said he hopes to buy up to 10 new buses over the two-year period.