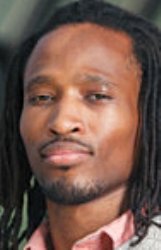 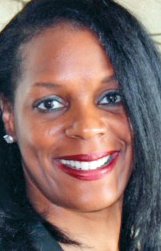 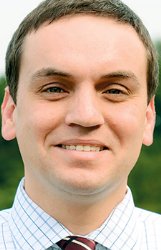 Last year, when Columbus Municipal School District began making plans for the 200th anniversary of Franklin Academy, the state's first public school, $5,000 was set aside for a rebrand of the district to coincide with the anniversary.

Working with the Mississippi School Board Association, the rebrand consists of anniversary logos for Franklin Academy and Union Academy (opened in 1865), as well as a new district logo, logos for each of the city's schools and a new Falcon logo to replace the one adopted during Del Phillips' tenure as superintendent.

During Tuesday's regular meeting, the board of trustees got a sneak peak of the new preliminary designs by MSBA graphic artist Jay Harper.

The Dispatch's request to share those designs with readers was denied on the basis that the designs are preliminary and have not been adopted by the board, the designs have not been registered and showing the designs would diminish the district's plans for a "reveal event" to be held later in the year.

During Tuesday's meeting the board reacted favorably to Harper's designs while making a few suggestions on some of the logos.

"I had had an opportunity to see the designs (before Tuesday)," CMSD Superintendent Cherie Labat said. "But seeing them at the meeting made me very excited. I have to give a lot of credit to the school board association because they gave a detailed explanation of how branding and merchandising can really set your district apart. For us, as the oldest school district in the state, we have a great story to tell, not only because of our history, but the changes we are making and our future. With our 200-year celebration, the timing to tell both those stories was perfect."

Harper said the goal of his design was to create logos that were versatile, made effective use of the district's purple and gold colors by incorporating the full spectrum of complementary shades and, perhaps most importantly, gave the district a brand it could claim exclusively as its own.

"Your brand is what you do every day, in the classroom, here in the boardroom and in the community," Harper said. "The logo tells the story of that brand. It needs to be immediately recognizable, clever and effective."

"Working with districts all over the state, I realized that everybody has the SD or school district as part of its name," he said. "So, in a sense, using the SD doesn't add anything."

"I really liked incorporating the torch into the logo," Labat said. "I think it's symbolic of the bright future we have."

The Falcon logo, which features a rendering of a Falcon's head in purple, complemented by black and gray, will replace the current logo, which is widely acknowledged as a copy of the Atlanta Falcons' logo.

The new logo will give the district a clear proprietary claim on the logo, which opens up other possibilities, Board President Jason Spears said.

"It gives us control of the logo," Spears said. "If we wanted to monetize the brand through merchandising, this gives us an opportunity we didn't have before."

Labat said she expects the final versions of the rebrand to be presented to the board by November.

"We're hoping to have a reveal event before the end of the year," she said. "We're excited to share this with all of our community partners who have been so supportive of what we've done and what we're doing. That's really what the rebrand is all about: communicating that message."