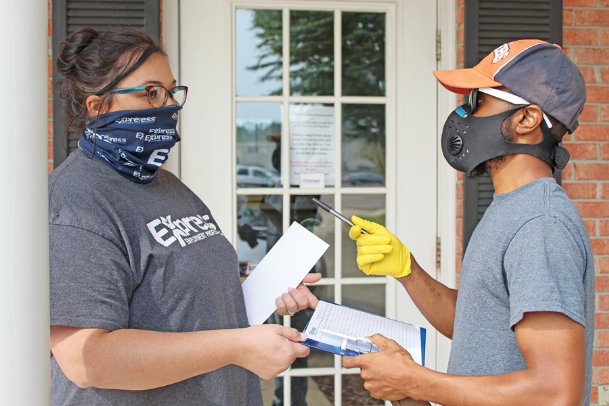 LaQuinta Inn and Suites in Starkville has seen an increase in the number of job applicants throughout the COVID-19 pandemic, general manager Jordan Gillentine said. The pandemic has had a different impact on each individual industry's applicant pool and hiring process, but Gillentine said the hotel can "potentially hire better and find more qualified candidates."
Photo by: Tess Vrbin/Dispatch Staff 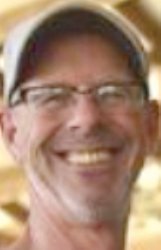 Jamal Cummings had been out of a job for more than a month due to the COVID-19 pandemic when he attended a drive-through job fair in Starkville that put him back on his feet in August.

"I gave them my resume and a little bit more information, and then they called me and asked if I wanted to work at Yokohama (Tire Manufacturing)," said Cummings, a West Point resident. "I said 'Yes, I'll take the job.' It didn't take long. They were really nice and friendly, and they helped me get a job as quickly as possible."

The ongoing pandemic has removed handshakes and lengthy face-to-face job interviews from the hiring process, but both job seekers and hiring managers have adapted over the past six months.

One such adaptation is the drive-through job fair, held by the local office of the national hiring agency Express Employment Professionals. Job seekers hand their resumes to agency employees through their car windows, and the agency matches people with potential employers based on skill sets, background checks and references, co-owner Anna Dodd said.

After the Starkville job fair generated a large number of applicants and hires, Express Employment Professionals will bring the job fair to Columbus on Sept. 29, Louisville on Oct. 6 and Eupora on Oct. 13, Dodd said.

The agency has seen an increase in business as employers have sought to "fill in the gaps" in their workforce when employees have been sick or quarantined, she said.

Express Employment Professionals finds jobs for about 250 people at 50 to 75 companies per week, Dodd said. Those companies are mostly manufacturing, industrial and blue-collar.

"The biggest complaint that I'm hearing from (businesses) is they're trying to find people that want to work," Dodd said. "People are scared, or they've gotten (financial) assistance in some form or fashion, but this isn't going to be here forever. We try to find people who want to go to work and get back out there, and we've been successful at that."

"What I've been hearing from people is that they don't have applicants, not that they're not trying to hire," Profitt said. "I don't know how many people would want to work in the restaurant industry (right now)."

Proffitt's Porch has remained fully staffed and made a few new hires, and Proffitt said the hiring process has not changed, including the fact that interviews are still in person.

Job candidates at LaQuinta Inn and Suites in Starkville also come in for in-person interviews, general manager Jordan Gillentine said, though interviews are now in the lobby instead of an office, six feet apart and with protective face coverings.

In contrast with the restaurant industry, hotels have seen a much larger applicant pool than they did before the pandemic, Gillentine said.

"There has not been one time when we didn't have a large number of candidates that we could consider for positions," he said. "The pandemic has presented us a unique opportunity to find people that otherwise may not have been available due to the fact that they had better jobs than what we could provide. It's put us in a position to potentially hire better and find more qualified candidates to build our team."

Aaron Weiss, owner of Belle's Nail Bar in Starkville, has only needed to hire one new employee during the pandemic but was approached by so many people searching for a job that he had to turn most of them away, he said.

Belle's Nail Bar developed a reputation for its safety measures -- masks, gloves, constant sanitization and glass between employees and customers -- that drew several cosmetologists in need of work, since safety was their first priority, Weiss said.

He too continued interviewing applicants in person but limited the number of interviews, he said.

"They would give me their resume, I'd look it over, and if I felt like they would contribute to my business, I'd call them back (to interview) in person," he said. "Before, I'd interview everybody and go from there, but with the pandemic, you have to be a bit more picky."

Starkville resident Mario Turnipseed got a construction job via the job fair in August and had found employment with the help of Express Employment Professionals before the pandemic, he said. He did not find the hiring process much different than usual.

4. Confederate monument relocation could get OK from MDAH by end of month COLUMBUS & LOWNDES COUNTY