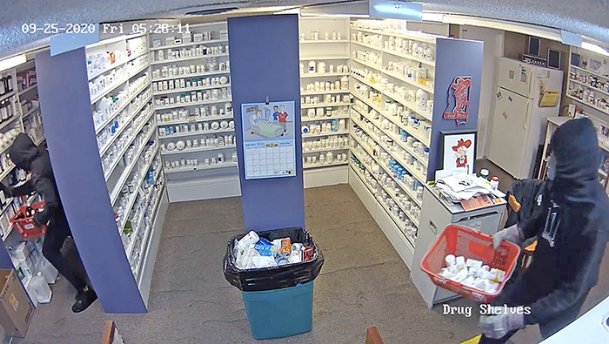 It appears the suspects gained entrance to both businesses by throwing a brick through a glass window at each location. They took "specific drugs" and left each store within two minutes, the press release says.

One suspect was wearing a black sweatshirt with the letter "M" on it and words that "might be Mississippi," the release says. That same suspect also wore large black flip-flops and leather work gloves. One suspect is tall and thin, and both wore masks and gloves, Police Chief Fred Shelton said.

Anyone with information on the incidents should call Golden Triangle Crimestoppers at 800-530-7151.