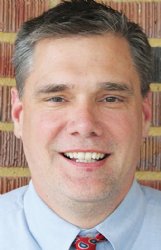 Roughly 20 percent of students who originally signed up for virtual learning at Lowndes County School District will be back in their classrooms by Oct. 12, Superintendent Sam Allison said Friday.

Though principals are still counting the number of students whose parents opted to switch learning methods mid-semester, Allison said a "rough estimate" is about 200.

"It's not the easiest thing for us to regroup and decide, but we want to do what's best for kids, and we know that they need to be in the classroom, those that are having issues," Allison said.

At the start of the school year, LCSD administrators gave parents the option between virtual and in-person learning. Because of the planning involved in scheduling the two learning methods, administrators initially told parents they had to stick with their choice through the first semester, Allison said, which ends Jan. 19.

However, within a few weeks, Allison said, parents were calling with concerns about virtual learning.

Allison said the reasons parents gave for wanting to switch back to in-person learning ranged from a change of circumstances in employment or internet access to simply realizing virtual learning wouldn't work for their children as well as they had hoped.

"I think parents thought their child was going to wake up and open the computer and our teacher was going to be standing there waiting on them, just like you turn on the TV," New Hope High School Principal Matt Smith said. "But it wasn't that way. It's just impossible. Elementary had teachers designated solely to the virtual students, but we couldn't do that at the high school."

But even having teachers designated solely to virtual classes didn't help all the students at West Lowndes Elementary School, Principal Robert Sanders said.

"(Parents) were more and less seeking more consistency, more face-to-face time with teachers," he said. "Basically they wanted to make sure their children had a solid foundation to move forward."

There were enough calls that administrators gave parents two days last week to contact their children's principals and tell them they wanted to switch back to in-person learning, Allison said. The deadline to do that was Thursday.

"I just think Mr. Allison did the right thing by allowing parents that opportunity to opt back in at this time, rather than at the end of the semester," Sanders said.

Sanders said between 25 and 30 students out of more than 80 who originally chose virtual learning will be coming back to campus, likely before Oct. 12. He said the students should have the same teacher as when they were being instructed virtually.

At New Hope High School, 51 students opted to come back to campus, out of 188 who started as virtual students, Smith said.

He said the principals of the New Hope campuses are coordinating to make sure their students all return on the same day, but that they will not return later than Oct. 12.

"The downside obviously is that it increases the number of students in the room, so it becomes near impossible (to) safely social distance," Smith said. "We'll do the best we can and remove everything we can from the rooms and put them as far apart as we can. That's our biggest concern is just the ... social distance of our students."

Allison said he feels the students and teachers have been doing well following the rules set in place to prevent the spread of COVID-19, including social distancing, frequent hand-washing and wearing masks. While they've had some students and staff members quarantine, he said, they all were found to have contracted the virus outside of school and avoided spreading it to others in the school district.

He added he doesn't know what next semester will look like in terms of how many students will be virtual and how many will be in person, but administrators will start planning for that in December.

"We want people to be healthy," he said. "That's the biggest thing, and we want our schools to be open."