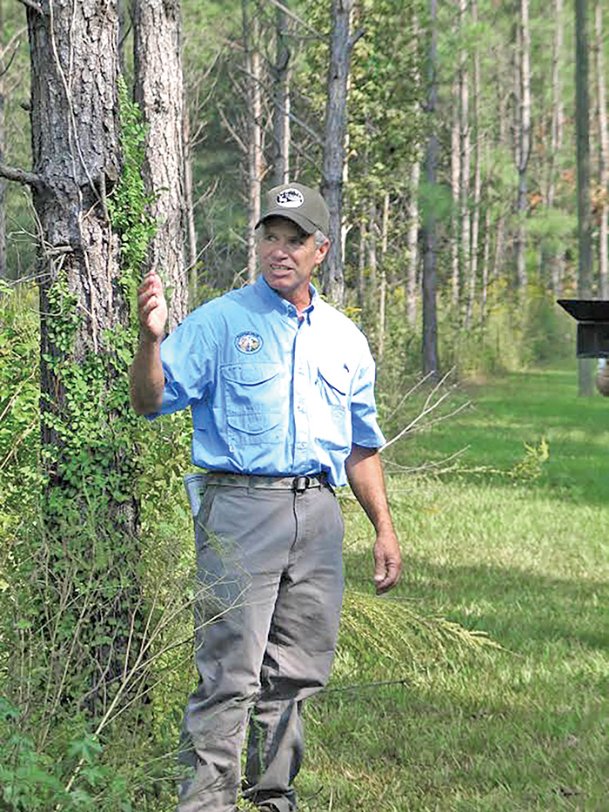 Bobby Watkins expects to have his 100 acres of pine cleared in a few weeks. Although the final harvest will produce only about a quarter of the revenue projected when he planted the trees 32 years ago, he said he doesnât regret his decision. Photo by: Courtesy photo 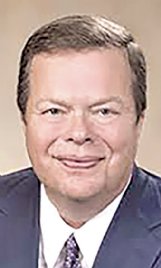 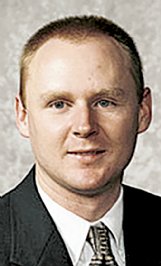 For the uninitiated, it might be assumed the terms "timber" and "lumber" are interchangeable, different words to describe the same segment of the forestry industry.

Folks in the timber business, men like Bobby Watkins of Aberdeen and Dwight Colson of Caledonia, probably wish that were true right now. Russell Adams of Shuqualak, who is on the lumber side of the industry, isn't complaining, though.

Timber generally refers to unprocessed wood, most often standing trees, while lumber is usually thought of as wood that has been cut to standard sizes and sold commercially for construction use.

Right now, Watkins and Colson are in the middle of clear-cutting their remaining Southern yellow pine, the wood used most often in the construction industry, marking the end of a 30-year investment for both men.

In a few weeks, Watkins will have finished clearing 100 acres of pine on land once farmed by his grandfather in Aberdeen. Colson, meanwhile, will have cleared 169 acres of pine that is part of his farming operations in Caledonia.

Both men expect to make a profit from the trees they planted about 30 years ago, but neither will reap the bonanza current lumber prices might suggest.

Lumber prices have soared -- reaching an all-time high of $984.80 per 1,000 board feet on Sept. 14 before falling to $578 as of Friday (still 27 percent higher than five years ago). But timber prices -- what people like Watkins and Colson are paid for their trees -- have remained flat over the past 10 years.

In 2018, a Wall Street Journal story focusing on people who planted trees in the 1980s and 1990s as retirement investments pronounced the strategy a failure.

Watkins, who has degrees in animal sciences, agronomy and entomology from Mississippi State and spent 30 years in corporate America in agricultural chemical research, said when he planted his trees in 1989, the projections showed $400,000 in future revenue. Today, he expects $100,000 in revenue when the last of those trees is harvested.

It's the same story for Colson, who comes from a long line of Caledonia farmers.

Why the disconnect between farmers' profits and surging lumber prices?

Few people are in a position to better understand that than Dick Molpus.

The Molpus family has been in the "tree business" since 1905, when Dick's' grandfather began growing, harvesting and producing pine in Neshoba County. Today, Molpus Woodlands Group is in the timber business, acquiring and managing more than 4 million acres of woodland since its inception for its investor clients.

But when he was a kid, Molpus' family still operated sawmills and brought the finished product to the lumber market. Back then, the Molpus family's focus was on housing starts, which remain the primary driver for lumber prices.

"I was the only 10-year-old in Neshoba County who could quote you the housing starts numbers for the month," said Molpus, 68.

To understand what's happening today, Molpus goes back to the 1960s, when a new harvesting technique emerged.

Prior to then, a typical pine stand was harvested twice -- younger trees cut for pulpwood, which at the time was producing $20 to $25 per acre (today it's $2.50 per acre) and older trees for building materials, which is called sawtimber.

"At that time, something called chip-n-saw came along, which was a mid-size cut that could be used for smaller products like two-by-fours," Molpus said. "That meant you have three cuts instead of just two. That made tree farming more profitable."

In the 1980s, experts began recommending converting marginal farmland into pine forests, igniting a boom in timber production that still has an impact today.

Another factor was what was happening on the lumber side of the equation.

"In the '70s, there were probably 3,500 sawmills in Mississippi," Molpus said. "I don't know the exact numbers, but I think there are about 20 today. We know what happens when you get that few people competing in a glutted market. They can control the prices.

"The price of the logs coming from the landowners is about what it was two years ago, which was already seriously depressed," he added. As a rule, Molpus said it costs between $125 to $350 to plant 600 trees on one acre, depending on the land's condition.

On the lumber side, two major factors came into play -- the Great Recession of 2008 and COVID-19.

Mark Measells, a senior associate at the Mississippi State University Extension Service, said the recession produced something of a Darwin effect on the sawmill industry -- one that would also have negative implications for timber growers.

"A lot of the sawmills that didn't survive were older, family-owned sawmills," Measells said. "When the recession hit, they couldn't survive. They were older operators with old equipment."

Since then, sawmill operations have become far more sophisticated in their technology.

"Sawmills now are much more efficient," Measells said. "If you haven't been to a sawmill, it's pretty impressive. They have computer-based lasers that can measure a log and calculate exactly how many two-by-fours, two-by-sixes, two-by-12s or whatever product it is you're making with the least amount of waste. That means they don't need as many trees to produce the same amount of product they did years ago."

What that has meant is another factor contributing to the over-supply of timber, Measells said.

"In the 1990s, timber prices were about double what they are now," Measells said. "Landowners during and after the recession started holding off cutting their timber in hopes that prices were going to go back up. That's called banking on the stump, and it's led to another increase in the supply of trees that are out there."

COVID-19 had something of a yo-yo effect on lumber prices.

It created a negative impact initially as housing starts fell by 30 percent in April.

But good news quickly followed. First, housing starts rebounded much faster than projections. Then another dynamic, unaccounted for by forecasters, emerged.

"In March, everybody was in quarantine, and they started looking around at their crappy houses and thinking, 'Maybe it's time for a remodel,'" Molpus said.

"The remodel was a surprise," said Adams, who as a procurement agent negotiates sales with landowners for Shuqualak Lumber Company. "I know at the store I go to, you couldn't hardly get in the door in April."

Adams said that boom has been a much-needed boost to sawmills.

"Where are the profits going? Some of it is coming back to the sawmills," Adams said. "Things were so depressed from 2008, 2009 and 2010 that sawmills couldn't do the things they needed to do. So now we're finally able to do some upgrades that should have been done back then. We're generating capital that allows us to do those things, even with general maintenance that should have been done 10 years ago."

More than an investment

Even though their investments in timber aren't going to produce the windfalls they had hoped for 30 years ago, both Watkins and Colson said they don't regret their decisions.

"It's not just about the business side for me," Watkins said. "I make my living doing something else. For me, trees are relaxing. They are recreation, a place for me and my family to go and enjoy."

"About a third of the land that we had been planting crops on was marginal," Colson said. "We looked at it as a matter of planting pine there as being the best use of the land."

Perhaps the greatest testament to the growing timber is this: Watkins is 69 years old. Colson is 73.

Once their land is cleared, they'll plant trees again, beginning a new 30-year-cycle.

"It's something for my children and grandchildren," Watkins said.

It's not just a business. It's a legacy.