Some locals concerned about in-person voting amid pandemic 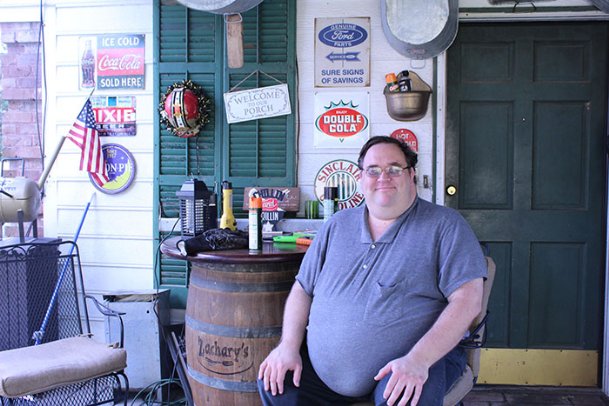 This year â the first year heâs qualified to vote absentee in a presidential election because of his disabilities â Krieger cast his vote at Lowndes County Courthouse on Monday morning. The process, he said, went smoothly. Photo by: Theo DeRosa/Dispatch Staff 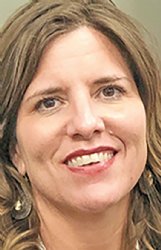 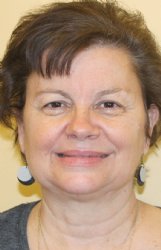 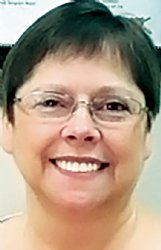 Eric Krieger is worried about waiting to cast his ballot in long lines.

Due to his back problem, the longtime Columbus resident said he cannot stand up straight for too long. Having diabetes, Krieger is also among many Americans who are particularly susceptible to infections during the COVID-19 pandemic.

"I'm immunocompromised," he said. "(Voting absentee) is the way I could get it done quickly without having to be too close to other people."

This year -- the first year he's qualified to vote absentee in the Nov. 3 election because of his disabilities -- Krieger cast his vote at Lowndes County Courthouse on Monday morning. The process, he said, went smoothly.

But with Election Day right around the corner, many other local residents do not enjoy the same option. With Mississippi being the only state where in-person voting is the sole option available to all voters, most citizens have to line up in person amid a deadly pandemic.

Several voters have told The Dispatch via Facebook that they are not afraid to vote in person and plan to do so on Election Day, though none of them responded to The Dispatch's requests for further comment. Other residents, though pledging to vote in person Nov. 3, said they fear voting at polling stations with big crowds will increase their risk of exposure to the virus.

Even before the pandemic, Mississippi was one of the states with the most restrictions for voting in person or by mail prior to Election Day. Under regular circumstances, only voters who are over the age of 65, have a permanent or temporary disability, work on Election Day or are out of town can vote absentee in person or by mail, according to the Mississippi Secretary of State's website.

In light of the pandemic, the state Legislature voted earlier this year to expand absentee voting and allow those in quarantine under a doctor's order or taking care of someone under physician-ordered quarantine to vote absentee by mail. Mississippi Secretary of State Michael Watson issued a new order this week to allow curbside or open-air voting -- which is voting outside the polling station building -- for voters who display COVID-19 symptoms, such as coughing, vomiting, headaches, fever, sore throat, congestion or loss of taste or smell.

In light of the pandemic, circuit clerks around the Golden Triangle said they are doing their best to offer in-person voters the protection they need against the virus spread.

In all three counties, plexiglass barriers will be set up at each polling station, circuit clerks said. Voters will also receive stylus pens to use on voting machines, a method that does not require physical contact between voters and the machines. Poll workers will be inserting voter IDs into the machines and removing them. Signs will also be in place to encourage a six-foot social distance between voters, and hand sanitizers, masks and gloves will be available. Poll workers will instruct voters to briefly pull their masks down for identification purposes.

Despite local mask mandates, officials said they cannot enforce the mandate at polling stations due to the risk of disenfranchising voters. Requiring mask-wearing during a federal election, they said, would be infringing upon citizens' right to vote.

"This is a federal election, and there is no federal law requiring the voters to wear a mask," Lowndes County Circuit Clerk Teresa Barksdale said.

"We cannot require them to," Hood agreed. "Because that's blocking their right to vote."

When asked if they are concerned about a potential spike in the number of COVID-19 cases, all officials said they think the safety measures in place will be enough.

"I don't know what else they can do to make it (safer)," Oktibbeha County Election Deputy Clerk Sheryl Elmore said. "I have full confidence in what the county and the state have done and the federal government has let us have through grant money and CARES (Act) money to make them as safe as we possibly can."

'I'm trying to stay away'

Fearful of the health risks of in-person voting this year, some residents say the state's expansion is far from enough.

Vanessa Edwards Young, a 58-year-old West Point resident and breast cancer survivor, said she is frustrated her cancer history does not qualify her for absentee voting. She has been cancer free since December 2016 and is doing well health-wise, she said, but long lines at polling stations may take away from that.

"'My immune system is compromised,'" Young remembers telling the Clay County Circuit Clerk's office earlier this week when she hoped to vote absentee. "(The staff) told me that that was not a good excuse. ... I'm not trying to get sick or catch anything, period. I'm trying to stay away from all of that."

Garrett Street shared the same concern as Young. The 38-year-old Starkville resident said he and his family have been extra cautious since March. As Election Day nears, however, he said he feels as if forced to risk his health just so he can perform his civic duty.

"It is so insulting and frightening in some ways, and belittling to us, to say, 'Well done, you, on having spent the past several months doing everything that you thought you should to be safe. Now just violate all of that so that you can come take part and do your civic duty,'" he told The Dispatch. "... Why is it so difficult to do this bare minimum level of efforts to bring peace of mind to people around you who might be frightened? Why would you not do that? It doesn't hurt anyone."

Kayla Pineda, who has lived in Starkville for nine years, said she will vote in person to show her two daughters -- 2-year-old Korabell and 10-month-old Kendall -- the importance of actively participating in democracy.

However, she said she is concerned about those who do not wear masks and afraid for poll workers who have to expose themselves to voters all day.

"I am very nervous about the cleaning of these things in between participants," Pineda said. "Because they can't (enforce the mask mandate), I fear that there will be people who don't wear masks. They are putting these poll workers at risk because they are remaining in contact with many people throughout the day and they are handling things back and forth."

Pineda, Street and Young all said they hope access to absentee voting could be further expanded in Mississippi.

"I feel like the way we currently have our system set up, it is not conducive to having the most amount of people vote," Pineda said. "I do feel like we should expand early voting, and I do think that by doing that, it would include populations that typically have a lower turnout."

Street said he hopes Election Day could be designated as a civic holiday so people are encouraged to vote without worrying about missing work.

"(The solution is) perhaps expanding absentee voting, expanding early voting for individuals who express the need for it," he said. "Perhaps making Election Day a civic holiday so that nobody has to work, so they wouldn't have to lose income to be able to vote."