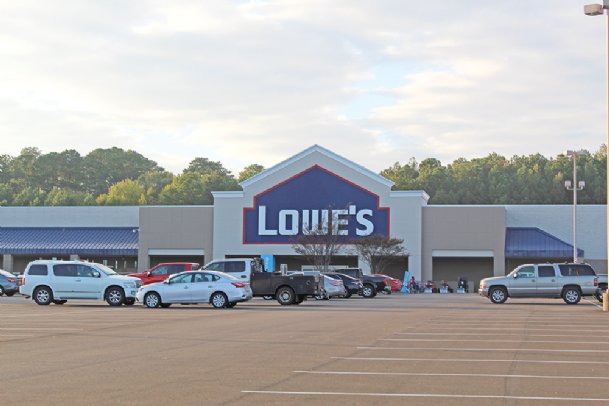 Investigators in Columbus are searching for a suspect who set a fire in the mop aisle of Lowe's on Military Road Sunday morning. Columbus Police Chief Fred Shelton and Columbus Fire and Rescue Chief Martin Andrews said authorities believe the suspect set the fire as a distraction so he or she could steal a pressure washer. Photo by: Courtesy photo 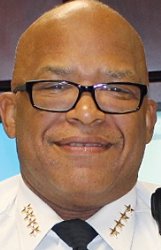 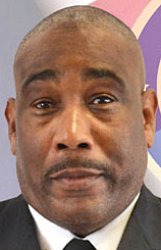 Columbus Police Department is investigating what authorities believe to have been an intentional fire set in Lowe's Sunday morning.

CPD Chief Fred Shelton and Columbus Fire and Rescue Chief Martin Andrews said firefighters responded to a call about the fire at the Military Road store at around 10:30 or 11 a.m. Andrews said it was a small fire set on the mop aisle -- investigators believe to be an actual mop -- that automatically triggered the store's sprinkler system, which had mostly put the fire out by the time firefighters arrived.

Authorities believe someone set the fire to create a distraction so he or she could shoplift. Shelton said a pressure washer was taken from the store at about the same time.

While police do not have a suspect yet, Shelton said investigators are currently reviewing store surveillance footage. The suspect will face charges of felony arson and misdemeanor shoplifting.

"It's kind of extreme," Shelton said. "Why would you commit a felony to commit a misdemeanor?"

No one was injured during the incident, and Lowe's closed for the rest of the day, Andrews said. It reopened Monday.

Andrews said he does not know how much water damage the sprinkler caused.

"It put out a massive amount of water," he said. "What people don't understand, even though it just was in that area, all the water that was in that system goes to that one sprinkler head and dumps it. So until it drains all of the water that is standing there ready to be used, they said it was about six inches of water in that store."