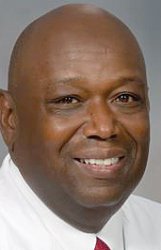 For most of the 20th Century, experts hailed the health benefits of country living. Fresh air, less-crowded living conditions and homegrown food sources were lauded as a preferable alternative to urban living.

"It used to be, if you lived in the country, you were likely to live longer," said Dr. Ervin Fox, a cardiologist at University of Mississippi Medical Center in Jackson. "Somewhere in the 1980s, it switched around. People who live in rural areas tend to die of heart disease at a higher rate than those who live in cities. Why? That's what we hope to learn from this study."

The study Fox referred to is a six-year, $21.4 million project that will be conducted in four Southern states -- Mississippi, Alabama, Kentucky and Louisiana.

In each state, residents from two counties/parishes will be chosen to provide a wide range of information that researchers will use to understand what causes high rates of heart, lung and blood disorders.

In Mississippi, Fox said the study, which begins this year, will recruit 600 to 700 people in Oktibbeha and Panola counties starting next fall.

Fox will lead a medical team for UMMC in conducting the study in Mississippi, one of 16 universities involved in the study.

"Right now, we're just trying to get the word out to people," Fox said. "We'll be recruiting people through phone calls and letters, so we want them to be familiar with us before that."

Fox and his team have been attending community events in Oktibbeha and Panola counties since January, setting up tables and passing out brochures that detail the study.

He said the project will begin a marketing campaign in the summer and hope to start the recruiting process in September.

While medical professionals understand some factors that contribute to higher rates of heart/lung disease in rural areas -- access to healthy food and medical care, for example -- the study will examine dozens of other factors, from the water supply to home environment to what Fox calls "rural stressors."

"We want to attract people from every socio-economic group -- poor, wealthy, Black, white, every group -- because these health issues don't limit themselves to any single group," he said.

Study participants will give interviews, complete survey questionnaires and undergo a battery of screenings and tests at mobile medical units that will set up shop in the counties for six-to-eight weeks.

To aid in their effort, Fox has reached into the community for support. OCH Regional Medical Center will support the study, along with a community advisory committee.

"We want to reach out to every community in the county, not just the city of Starkville," Fox said.

Maben Mayor Larry Pruitt is a member of the advisory committee, something he believes will definitely improve the health of his community.

"I believe the study will benefit the whole community and the surrounding area," Pruitt said. "Sometimes it's a struggle getting quality health care in small towns, so this is a great opportunity for a lot of our residents to get really good examinations.

"It's not only great for the people who are a part of the study, but the information that comes from the study could help future generations," he added. "I'm happy to be a part of it."