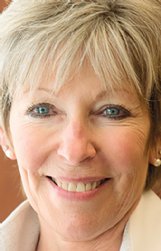 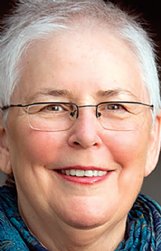 When Starkville first paused a recycling program that operated at a financial loss, city leaders considered forming a partnership with Mississippi State University's program, which has a contract with the Waste Pro USA office in Columbus.

Instead, the city is now working on its own contract with Waste Pro, Mayor Lynn Spruill said.

"While I always love to partner with MSU when the opportunity presents itself, sometimes it's better not necessarily to do that, and this proves to be one of those times," she said.

Any recycling program would have to be both structured and financially feasible for the city, and Spruill and Ward 2 Alderman Sandra Sistrunk both said a contract with Waste Pro would not be a burden like the previous city-run recycling program was. The city had a contract with Waste Management to haul the collected recyclables to Tupelo, and the cost went up from about $40,000 to about $60,000 this year while revenues totaled only about $24,000, Sistrunk said.

Aldermen voted in September to indefinitely suspend the city's recycling program as of Oct. 1 and did not include it in the Fiscal Year 2021 budget.

The potential contract would name the sanitation building on North Washington Street as the city's sole location for residents to drop off recyclable materials, as it was after Starkville suspended curbside recycling pick-up in March. Curbside pickup is not currently a viable option, said Sistrunk, who chairs an ad hoc committee that formed last year with the goal of improving the recycling program.

Suspending curbside pickup was supposed to be a cost-saving measure due to the COVID-19 pandemic, but hauling costs for the city actually went up when the amount of contaminated or non-recyclable materials increased.

Additionally, only about 10 percent of city residents signed up for the recycling program, which cost $2 per month, and there was no way to ensure that everyone who dropped off bags was a paying customer, Sistrunk said.

A contract with Waste Pro might solve that problem, Spruill said. The potential partnership with MSU would have required citizens to drop off their recyclables in specific bags that would identify them as paying customers, but that might not be necessary with Waste Pro.

"The way we're potentially looking at arranging it, we won't need to purchase bags," Spruill said. "(Recyclables) will be sorted by those who do the recycling, and they can use whatever receptacle they want to and sort them when they get there."

Employees of the city's Sanitation and Environmental Services department would be stationed at the drop-off site to check materials for contamination or food waste during set hours, and the city would install a fence at the site to prevent people from dropping things off after hours, Sistrunk said.

Recyclable materials would include tin, paper and cardboard -- "because right now everybody seems to be getting lots of cardboard boxes through the mail," Sistrunk said -- but the city is not guaranteed to collect plastic, partly due to fluctuating demand in the recycling market and partly due to contaminated materials.

"If you have a ketchup bottle that's got a little bit of ketchup at the bottom, it's no longer recyclable. If you have a greasy pizza box, that's not recyclable," Sistrunk said. "So we have some education efforts that we'll have to make, as well as getting everything structurally in place."