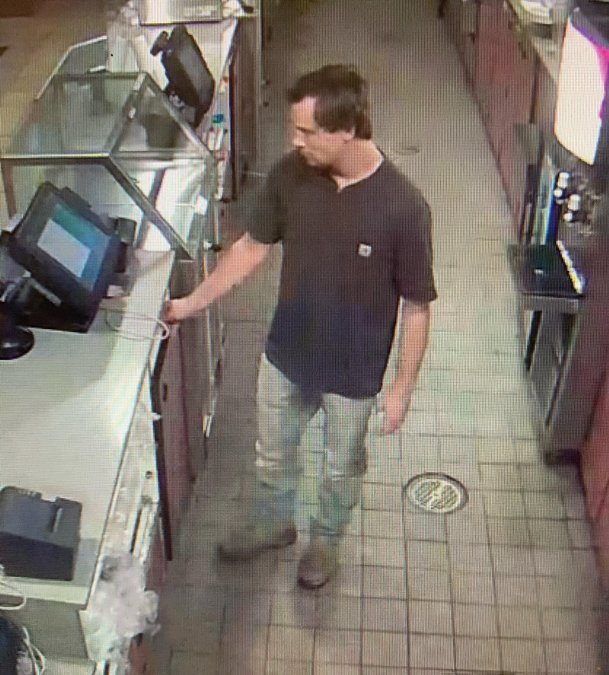 Columbus Police Department is seeking public assistance in identifying the suspect, pictured here in surveillance footage, in a burglary of the Malco Theatre on Highway 45 North in Columbus. Photo by: Courtesy image

Columbus police are asking for the public's help in identifying and locating a man who allegedly burglarized the Malco Theatre on Highway 45 North on Oct. 30.

The suspect, shown in a surveillance still shot CPD released, entered the building after hours and burglarized it, Police Chief Fred Shelton said in a press release released Wednesday. The building was unoccupied at the time and no one was hurt.

Shelton said police believe someone gave the man access to the building since there was no sign of forced entry.

Anyone with information on the incident or suspect can leave an anonymous tip with Golden Triangle Crime Stoppers at 800-530-7151.