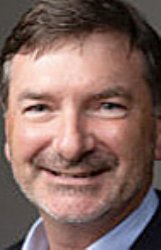 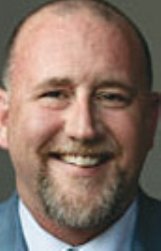 The four counties now have compiled a total of 6,362 cases since the pandemic began.

OCH Regional Medical Center saw an increase in COVID-19 coronavirus patients in the past two weeks as cases in the area have risen, CEO Jim Jackson said at Tuesday's board of trustees meeting.

The hospital saw three to five COVID-positive patients per day in October but has seen an average of eight to 10 per day recently, with a maximum of 12 at one point, Jackson said.

"We think we can see a maximum of 15, and once we get to 15 we're talking about diversion (to other hospitals)," he said.

As of Tuesday, OCH has eight COVID-positive patients, four of whom are in the Intensive Care unit, which has six beds, Chief Medical Officer Todd Smith said.

Baptist Memorial Hospital-Golden Triangle in Columbus had 22 COVID-positive patients as of Wednesday morning, pulmonologist Peter Tofts told The Dispatch, and nine were in the ICU, which has 18 beds.

Tupelo-based North Mississippi Health Services, which includes North Mississippi Medical Center-West Point, has seen a total of 71 COVID-positive inpatients throughout its system as of Wednesday, according to the NMHS website. Chief Medical Officer Jeremy Blanchard declined to provide The Dispatch with data specific to NMMC-West Point. Blanchard also declined to say how many employees systemwide have tested positive for COVID-19.

Smith estimated about 20 of OCH's 650 employees have tested positive for the virus during the pandemic, but OCH Chief of Staff Will Carter said the actual number is likely higher, and a positive antibody test showed he had the virus at one point.

Health care workers are considered essential and therefore not subject to strict quarantine requirements if they test positive for the virus, Jackson said, and the system could not function if an entire ward or department temporarily shut down due to virus exposure.

Instead, a COVID-positive employee must quarantine for 10 days and can return as long as they show "a reduction in symptoms" and have been fever-free for 24 hours, Jackson said. These employees must wear protective equipment including masks and goggles, and keeping the workspace clean is also necessary, he said.

Baptist employee health nurse Johnny Judson said 92 of the hospital's 1,182 employees have tested positive for COVID as of Nov. 1. COVID-positive employees must self-isolate for 10 days after symptoms begin or 10 days after testing positive if they do not show symptoms.

NMHS follows the CDC's quarantine guidelines, Blanchard said, which call for 14 days of quarantine if exposed to COVID-19.

Some states allow COVID-positive citizens to continue to work as long as they do not show symptoms, which Carter said hopefully will not be allowed to happen in Mississippi.

All three hospitals said they are in the process of completing paperwork to get access to one of the COVID-19 vaccines currently in production by national pharmaceutical companies.

The Food and Drug Administration recently authorized the use of an antibody drug to treat COVID-19, and Smith said OCH is developing plans to administer it and will hopefully be ready within the next week.

"This medicine is for the mild and early stages of COVID to hopefully mitigate or prevent hospitalization, because the success rate does not tend to fare well once (people) become hospitalized," Smith said Tuesday.

The FDA's specific criteria for who can receive the medication include being over 12 years of age and not being admitted to a hospital.

About 12.5 million people nationwide have contracted COVID-19 since Jan. 21, according to the Centers for Disease Control and Prevention, with 52 new cases per 100,000 people in the past week as of Wednesday afternoon.

"We believe the last place anyone wants to be for Christmas is in an ICU," the letter states.

The Lowndes County School District saw its largest weekly increase in new cases with 29, the majority coming from 15 students and staff at New Hope High School, according to data updated every Monday at https://www.lowndes.k12.ms.us/. The district has had a total of 148 cases since the start of the school year.

As of press time, the Starkville-Oktibbeha Consolidated School District and the Columbus Municipal School District had not disclosed COVID-19 data from the week of Nov. 16 to Nov. 20. SOCSD had nine positive cases among students and three among staff during the week of Nov. 9, and CMSD had one student and three staff cases in the same time period.

School districts are required to report the number of COVID-19 cases among staff and students to MSDH weekly. When schools report fewer than five confirmed COVID-19 cases in a week, MSDH lists the number as between one and five.

West Point Consolidated School District reported one to five new cases in three buildings -- therefore ranging from three to fifteen new cases -- from Nov. 16 through Nov. 20, according to the MSDH website.

None of the schools within the Noxubee County School District is listed as reporting to MSDH. Superintendent Rodriguez Broadnax could not be reached for comment by press time.

Mississippi University for Women has not updated its case data on its website since last week. MUW had two new cases among staff and four new cases among students during the week of Nov. 16 to Nov. 20 and has seen a total of 70 cases since Aug. 14.