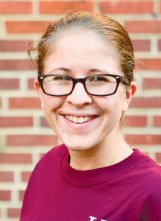 The food truck fad is growing strong in Columbus.

Near the Southern Snow Shack on Chubby Drive, you may have noticed there's a couple food trucks appearing in the open lot.

Joni Baldwin, wife of Glenn Baldwin, opened two food trucks there about a month ago: The Rib Shack and the Wacky Weiner.

The Rib Shack offers Glenn's famous barbecue on wheels while the Wacky Wiener has hot dogs, cotton candy and more.

"It's picking up more and more," Baldwin said. "... We wanted to reach more people on this side of town, and with the COVID situation you can't really go out to eat. We've got tables outside and they are spaced six feet apart."

You can stop by for some barbecue or even soup during this cold season Tuesday through Saturday 11 a.m.-6 p.m.

Baldwin added that she is continuing to provide more and more each day, including games and activities for kids to enjoy while the parents eat.

Moving to East Columbus, the Citgo Gas Station on Highway 69 South has opened Columbus Discount Wine and Liquor store. Owner Karam Patel said the gas station had an empty portion of the building that has been vacant for at least six years. He said he has been planning to open the liquor store for the past six months and officially opened Nov. 30.

For its grand opening, customers can get a 5 percent discount on all purchases until February. Be sure to check out the new store at 323 Idlewild Drive Monday through Saturday from 10 a.m. to 10 p.m.

Speaking of expansions, Lighting Unlimited on Gardner Boulevard has expanded as well.

The lighting store has expanded from carrying largely light fixtures to home decor items such as furniture. Now, Lighting Unlimited + Uncommon Living announced the store's expansion on social media near the end of October.

If you're looking for lighting or home decoration needs, check out the store's expansion Monday through Friday 8 a.m.-5 p.m

Moving over to West Point, we have a new carry-out restaurant in town.

The "traditional barbecue joint" serves up brisket, chicken, pork and anything you can think of. For Angelo though, that's not the secret that keeps people coming back for more.

"We base our hat on quality, portion and consistency," he said. "There isn't really one thing we do more than the other. They all kind of sell pretty equally. ... The marquee item for us is our sauce. We make a homemade sauce. It's actually a third generation sauce. That's what a lot of people have been talking about."

With COVID-19, Williams said The Ribshack is only open for carry out, but you can get your barbecue Thursday through Saturday 11 a.m.-8 p.m.

"We have really big support from the community," Williams said. "The community has really been good to us."