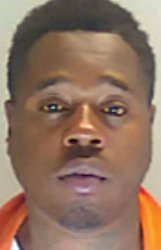 A Columbus man was arrested Friday after leading Lowndes County deputies on a chase along Highway 45 South.

Marcus Trent Dawson, Jr., 32, has been charged with fleeing in a motor vehicle, possession of cocaine, trafficking in controlled substance and misdemeanor possession of marijuana.

He was driving on Highway 45 South Friday when a deputy attempted to pull him over for a traffic stop, according to a Lowndes County Sheriff's Office press release. Instead, Dawson led the deputy and several other police vehicles on a chase that ended when he lost control of the vehicle and crashed on Sub Division Road southwest of Columbus.

The press release said Dawson attempted to flee on foot but was caught "shortly" after the wreck.

Dawson is currently in Lowndes County Adult Detention Center. His bond has not been set.