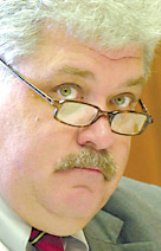 C Spire Fiber has filed a lawsuit against Lowndes County over the county's alleged violation of a franchise agreement the two entities signed in 2019 allowing C Spire to lay fiber optic cables and provide internet to parts of the county.

The complaint, filed in Lowndes County Chancery Court Friday, claims the county has not issued permits for C Spire to construct its facilities in a timely manner.

County supervisors approved the 25-year agreement in August 2019, and by January 2020, C Spire had made plans to provide internet to four Lowndes County neighborhoods by the spring, The Dispatch previously reported.

According to the complaint, the agreement allows C Spire to submit drawings of proposed location of its facilities and that county representatives have five business days to notify C Spire of any concerns with the plans. If there are concerns, the parties have another five business days to meet, after which C Spire will submit any updated drawings.

Instead, the suit alleges, county officials have "refused to timely issue permits to C Spire."

"C Spire is in the process of deploying its high speed fiber internet network in Lowndes County to bring connectivity to its residents, businesses, as well as numerous state and municipal offices served under its contract with the State of Mississippi," C Spire officials said in a statement delivered through Starkville attorney Charles Winfield, who is representing the company in the suit. "Lowndes County's refusal to issue permits to C Spire has caused C Spire to be unable to build its network, which its residents need now more than ever. C Spire is simply seeking to enforce its contract with the County to issue permits to achieve this deployment."

The company is not seeking damages and only asks for a judge to order the county to follow the agreement, according to the suit.

County Board of Supervisors Attorney Tim Hudson said Thursday that no county representatives had been served with summons in the case, but added he has contacted county employees who handle utility permits to learn more about what communications they've had with C Spire representatives. He did not comment further on the case.