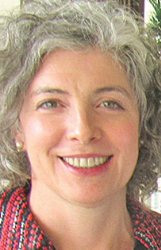 Leslie Sorrell warned the audience that she gets "embarrassingly emotional talking about good government" when she spoke Tuesday at the Columbus Rotary Club meeting.

"I would be less emotional giving a eulogy," said the co-founder of A Better Columbus, a nonprofit political action corporation aimed at fundamentally changing the city government.

Sorrell and her husband, Will Sanders (no relation to Lowndes County Port director of the same name), started ABC in November. The group has been directing sharp criticism to the city's administration, largely through social media, targeting both the mayor and the entire city council for mismanagement as well as leveling thinly-veiled accusations of corruption.

Sorrell ramped up those sentiments Tuesday, calling for entirely new city leadership at what she dubbed "a now-or-never moment." Her issues with the city include an alleged lack of transparency from City Hall, "vacant buildings, high crimes, drugs, dilapidated properties (and) high taxes," claiming city leaders are responsible for them all.

She said Columbus "had so much more than Starkville and West Point back in the day" and called it the heart of Lowndes County with a direct impact on the growth and stability of neighboring communities, such as New Hope.

"If the heart of the county is failing, the appendages can only hold on for so long," Sorrell said.

According to data she provided the Rotary Club, Columbus property tax rates have gone up 48 percent since Mayor Robert Smith took office in 2006. The city also has "an insatiable appetite for debt, skyrocketing over 240 percent," Sorrell said.

Columbus issued a $6.5 million general obligation bond in July 2020 to fund road maintenance. The bond must be paid off in no more than 15 years. As of March 2020, the city had accumulated $36.4 million of debt and carried roughly $14 million of debt in street paving alone, The Dispatch reported.

"I would expect everyone here would agree that borrowing to pay for maintenance is asinine," Sorrell said. "The city should not borrow to pay for its roads because that should come out of the operating funds, the tax revenue."

She said the mayor and all six city council members should step down, and she believes ABC has "created an environment to inspire better candidates, qualified candidates to run" in the upcoming municipal elections.

So far, six candidates have qualified, and five are incumbents. Smith and council members Ethel Taylor Stewart of Ward 1, Joseph Mickens of Ward 2, Stephen Jones of Ward 5 and Bill Gavin of Ward 6 are all running for re-election.

Pat Fisher Douglas, a retired educator from Lowndes County School District, is running for the Ward 4 seat. She previously ran in a special election for the same seat in 2019 but lost to current Councilman Pierre Beard.

Beard, who has not yet qualified to run for re-election, was in the audience at Tuesday's meeting and told Sorrell he shares some of her concerns.

He responded to something Sorrell said was suspicious: that 19 people are registered to vote at the address listed as Beard's home. He said all 19 people are members of his family, and they all use the house, which belongs to his grandmother, as their permanent address in Columbus.

Beard and Sorrell agreed to sit down and talk to each other after the meeting.

"I think you are very enthusiastic and I appreciate that, but I think sometimes you need more experience to be a city councilman," Sorrell said. "We want the best team we can get."

'We wanted to make a big splash'

When asked what ABC's biggest need is at the moment, Sorrell said it needs money to fund its public relations campaign. The organization's current budget is $75,000, and with more funds they hope to develop a newsletter and a phone-banking system, she said.

ABC will also hold an essay contest in the Columbus Municipal School District in which students share how they want to make the city better, and the prizes will be cash and pizza, Sorrell said.

As much as ABC wants the city government to be transparent, it does not publicly disclose its donors, and Sorrell said she is aware of the irony and wanted to address it.

"I wanted to do it another way, but I cannot discount what people have told me about this regime," she said. "They say if (it's) known they're contributing, there will be retribution."

In December, ABC rented billboard space on Highway 45 that read: "Mayor and Council. Where's our money? What are you hiding? Who else is going to jail?"

The "jail" language is a reference to former Columbus Chief Financial Officer Milton Rawle, who was indicted in August for embezzling $290,000 in city funds. Rawle is currently awaiting trial.

Lamar Outdoor Advertising's Jackson office removed the billboard after a few days, and Sorrell said Tuesday that the office initially told her the disclaimer was too small.

"I reminded them that they designed it, and then they kind of stuttered," she said. "They had an awful lot of information about the upcoming trial date, and they were under the impression from the person that contacted them that no one went to jail, so I sent them information that the former CFO had been to jail and was out on bond. We agree 'innocent until proven guilty,' but he did go to jail."

Sorrell said ABC does not see billboards as effective messaging tools since they reach people from out of town instead of the local target audience.

"But we wanted to make a big splash, announcing ourselves, say that we're not going to walk on tiptoes like people think we should, and we got our money back and made national news," she said.