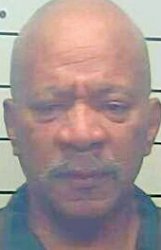 A Clay County man has been charged with murder after allegedly killing his niece.

Deputies with Clay County Sheriff's Office arrested Darryl Larry, 60, late Monday after they responded to a call at his home on White Station Road and discovered the victim, Summer Larry, 27, in the house, according to a CCSO press release Tuesday. Clay County Coroner Alvin Carter pronounced Summer Larry deceased at the home.

The investigation is ongoing, but preliminary findings show Summer Larry's cause of death was blunt force trauma, the press release said.

Clay County Sheriff Eddie Scott confirmed Darryl Larry is Summer Larry's uncle, and that they both lived in the house on White Station Road northeast of West Point. He did not release further information on a motive.

Summer Larry's body has been taken to the Mississippi Crime Lab in Pearl for autopsy.

Investigators are asking anyone with information on the murder to call CCSO at 662-494-2896.

Darryl Larry is currently in custody at Clay County Jail. Bond is set at $1 million.