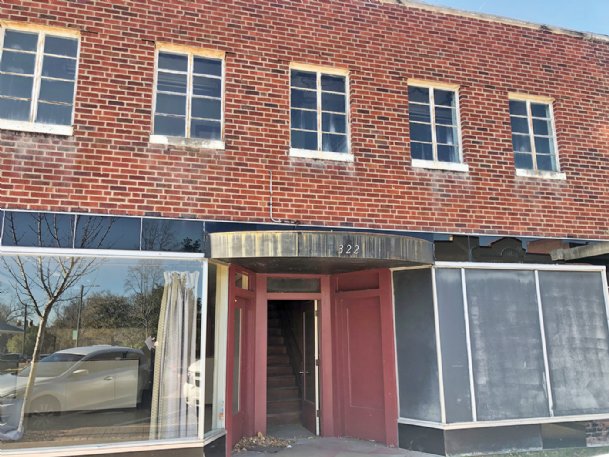 Local developer Tom Velek of TGV Properties is renovating the building at 322 Fifth St. S. and plans to put in office space and three apartments. He is working with Mississippi State University professor John Poros and student Jacquelin Lee to conduct historical and architectural research on the building to determine whether to apply for historic tax credits from Mississippi Department of Archives and History. Photo by: Courtesy photo 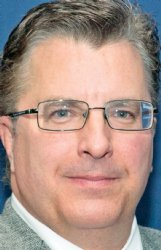 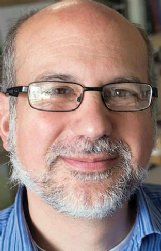 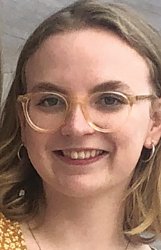 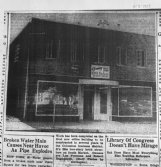 This edition of The Commercial Dispatch from 1958, preserved in the Columbus-Lowndes Public Library's archives, depicts the opening of a bakery on Fifth Street South. Mississippi State University third-year architecture student Jacquelin Lee discovered the photo while doing historic research into the building, which was just purchased by local developer Tom Velek.
Photo by: Courtesy image

As the owner of both a home and office space downtown, Tom Velek has spent several years eyeing the brick building beside the old Fred's and wishing someone would redevelop it.

As of late last month, that someone is him.

Velek and his wife Cynthia Buob, who own Columbus-based TGV Properties, purchased the building at 322 Fifth St. S. on Jan. 27 as the company's latest redevelopment project.

"I've looked at that particular building, the back of the 322 building, probably for the last 15 years and kind of have kept wondering why no one does anything with it," Velek said. "... I've actually tried about half a dozen times to purchase that building and do something with it."

Velek plans to have the first floor be 1,400 square feet of commercial space available for rent, with two one-bedroom apartments on the second story above it. The entire back half of the building will be a two-bedroom apartment, the only two-story apartment in downtown Columbus, he said.

It will not be the only building his company has renovated in downtown Columbus -- he bought and renovated the building just behind Fred's and has rented it for office space to small businesses -- but it will be the biggest of its projects, Velek said.

The project will coincide with, but is not part of, a separate project to renovate the old Fred's, which shares a wall with 322 Fifth St. The buildings were originally built in 1948, when they began as a bakery. While the building next door eventually became Fred's, 322 has housed businesses ranging from law and accounting offices to a beauty salon over the past 75 years.

Since the building is part of downtown's historic district, Velek is looking into getting tax credits from Mississippi Department of Archives and History to renovate the building to historical standards. He reached out to Mississippi State University architecture professor John Poros to find a student who could do the historic and architectural research necessary to apply for those tax credits.

"I realized when I bought this property that there was a very great opportunity for a student to do (that)," said Velek, who also teaches history at Mississippi University for Women. ".... I think it's going to be a great experience for them. They can put on their resume that they've done this, they've walked all the way through it."

Poros gave the project to third-year undergraduate student Jacquelin Lee, who is spending her semester in and out of the archives at Columbus-Lowndes Public Library learning as much as she can about the history of the building.

To apply for historic tax credits with MDAH, developers must provide documentation for the building and establish either historic or architectural significance, Poros said.

The proposal is then sent to MDAH, which determines what kind of renovations the owner can do to preserve the building.

Velek said he doesn't know whether he will actually apply for the tax credits and that it depends on what Lee discovers.

Lee's research so far has focused on the building's history. She's used old newspapers and city directories from the library archives to find out what kinds of businesses were there in the past.

"As far as what has been in the office building, a lot of it has just been accountants and credit places, insurance places," she said. "At one point in the late '70s there was something called World of Love Photography there, which I thought was kind of funny, compared to the rest of the businesses that have been in there."

Her next step is to research the building's architectural significance. She and Poros hope to finish the project before the end of the semester.

Poros said this sort of project is important not just because it's helping a student learn the process of historic preservation, but because it helps preserve the history of a community.

"I think it helps us remember where we've been as a community and understand that journey that we've taken as a community," he said. "By doing this kind of historic renovation, it helps us to keep landmarks that are important to people's memories of Columbus. So we're helping to make sure that sort of the character of downtown Columbus, that we have a representation from this period of time in downtown Columbus."

Velek agreed, adding that the people best suited to invest in historic preservation and new development in a community like downtown Columbus are local developers and business owners.

"For me, it's because it's my neighborhood," he said. "It's where I live. I live around the corner. My company's largest investment is around the corner. ... Ultimately, renovation and developments of downtown properties in a city like Columbus is going to come by local people. The city, city council, everybody has to support those local people who do it because there's no big box retailer coming in to fix one of these properties. ... Local people will have to step up and do this kind of thing or it's not going to get done."