Leonard Pitts: The Secret Knowledge, just ignorance by another name 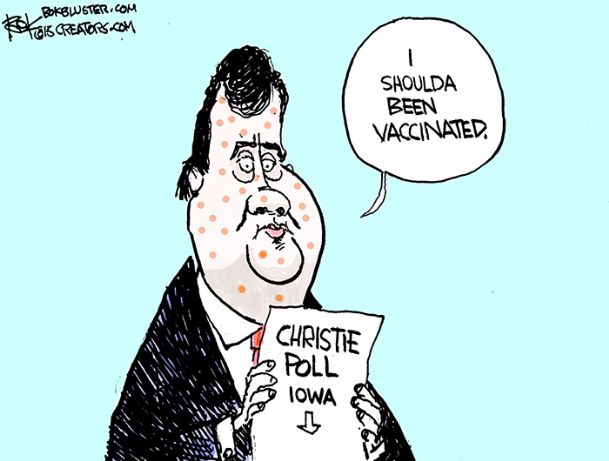 I call it the Secret Knowledge.

Meaning that body of information not everyone has, that body known only to those few people who had the good sense to go off the beaten path and seek it. It is information you'll never see in your "newspapers" or "network news" or any other place overly concerned with verifiable "facts" and reliable "sources." It will not come to you through a university "study," peer-reviewed "article," renowned "expert," government "agency" or any other such traditional bastion of authority.

But if we can't say for certain when the mania began, the fact that it's here is beyond dispute. Indeed, it has spread like, well ... measles.

As you have no doubt heard, that highly contagious and sometimes deadly disease, which this country declared eradicated 15 years ago, has returned. According to the Centers for Disease Control and Prevention, there were fewer than 50 cases in 2002, there were 644 last year. Already this year, there have been over 100 cases.

Authorities say much of this resurgence is due to the refusal of a growing number of parents to vaccinate their kids. The parents think the shots are dangerous, citing a 1998 study by a British doctor who claimed to have found a link between vaccinations and autism. As it turns out, that study was debunked and retracted, and the doctor lost his license. But the alleged link lives on, fueled by Jenny McCarthy, who has become a front woman of sorts for the anti-vaccination movement.

Bad enough the Secret Knowledge drives our politics (Barack Obama is a Muslim from Kenya), our perception of controversy (Trayvon Martin was a 32-year-old tough with tattoos on his neck), our understanding of environmental crisis (there is no scientific consensus on global warming) and our comprehension of tragedy (9/11 was an inside job). Apparently, it now drives healthcare, too.

And let us pause here to cast shame on would-be presidents Chris Christie and Rand Paul, who both said last week that vaccinations should be a matter of parental choice, a particularly craven bit of pandering that ignores a simple principle you'd think we'd all support: your right to make irresponsible decisions about your child ends at my right to safeguard my child's health. But in an era of designer facts and homemade truth, maybe there are no simple principles any more.

As a disease once thought over and done with comes back like some '90s boy band, this much seems obvious:

The Secret Knowledge is just ignorance by another name.