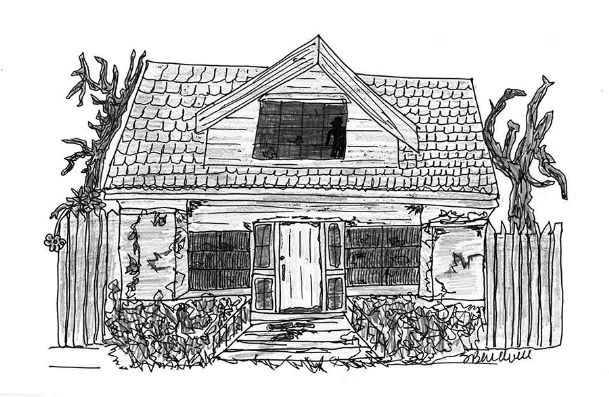 James Wallace is a walker and a noticer. While almost anybody can walk, James -- whom I call Jamie, because his grandmother called him Jamie -- notices things most walkers wouldn't. And from these small observations he creates amazing tales, some of which he recently published in a collection, "Tales from the River."

Jamie wove intricate, "fantastical" and adventurous stories while on his sunrise walks along the Mississippi River in Natchez, as well as along a wooded lakeshore near Starkville.

"Sunrises, early-morning fog, quirky and skewed mixes of rooftops, tugboats, the Mississippi River bridge, the bluffs, the churches and their steeples and towers, a person who passes by, an animal, even a weird-looking plant -- everything presents itself as a willing subject to make up a story about," says Jamie.

Each night I looked forward to reading a couple of stories before falling to sleep. Every tale lures you to the next, from the fanciful, to the historical, to the other-worldly. The only pattern is that there isn't one. Are they real or are they imagined? You'll wonder. At the end of each story Jamie notes the particular spark igniting his imagination. I looked forward to those notes.

"Tales from the River" reminded me of Marjorie Rawlings who wrote the Pulitzer Prize-winning "The Yearling." Marjorie's editor, Maxwell Perkins, suggested she write a book appealing to both young and old. Marjorie thought a moment and replied, "You sit there at your desk and ask me to write a classic." Which Marjorie did.

Jamie's book is that kind of book. I loved it and could also see myself reading it to children. It stirs the imagination.

Some tales required technical research: "Intel indicated the destructive power exceeded anything previously known to have been used by terrorists, including the bombing of the U.S. Marine barracks in Beirut in 1983. The Beirut bombers had used 12,000 pounds of explosives. Intel estimated the barge was carrying the blast equivalent of 15,000 pounds of TNT."

And literary: "I grabbed The Iliad and opened it. The whole thing was in a foreign language. Greek, I think. He can read this?"

Inspired by "Tales," I found myself noticing more of my own surroundings and wondering if they had a story, like the little red fox at the T in the road. He was so tiny, I didn't know what he was. He simply sat down in the middle of the road. And that old house I pass by on the Southside with the aging 8-foot board fence on one side, overgrown vines and trees, and a single pink camellia reaching over the fence as if it wished to escape.

"Tales from the River" is James Wallace's fourth book and can be found on amazon.com.