Home Base: On a public health matter, the South fails to rise ... again 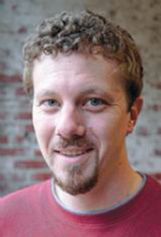 Mississippi claims the No. 1 ranking in a statistical category that might surprise you.

No, it's not public education funding, vocational training skills or even the number of 4- or 5-star football recruits per capita.

It's gonorrhea. Or, more specifically, having the most cases of gonorrhea per 100,000 people than any other U.S. state. We're third in chlamydia cases and ninth in syphilis.

In fact, according to Centers for Disease Control data for 2017 The Dispatch received on Thursday, Mississippi ranks second overall in residents diagnosed with any of those sexually transmitted diseases, trailing only Alaska.

What's even more striking, is the aptly named "heat maps" included in the link to these statistics leave the Bible Belt with some serious explaining to do. If a state was ever in the Confederacy, you can bet it ranks in the top 10 for one, if not all, of these diseases per capita.

But, of course, the same is true for so many other statistics -- obesity, diabetes, infant mortality and the list goes on.

The STD statistics, though, strike at the heart of the very con the conservative South has been running from its legislatures for decades: To mandate "Christian" values in the law, they've long claimed, produces undeniably godly results.

We don't have a clear picture of whether sex education in schools would reduce teen pregnancy and STDs because many districts are still using the "abstinence-only" curriculum -- which is to say they aren't teaching sex education at all. At least the "abstinence-plus" model, which thankfully is an option in Mississippi, acknowledges that sex is indeed a thing and ignoring it doesn't make it go away.

It's obviously much more offensive to the God-fearing that a 13-year-old public school kid might learn how to put a condom on a banana in health class than it is for more than 30,000 Mississippians to either have chlamydia or The Clap.

"If they would practice abstinence, then they wouldn't have to worry about the pregnancy and the STDs," come the cries from the front lines of the conservative angel guard.

Well, if my aunt had ... no, if a frog had wings it wouldn't bump its rear every time it landed.

In this way of thinking, the churchgoing public is comfortable with their piety and fearful of change, while Republicans stoking both reactions continue getting elected over a decreasing pool of Democrats of diminishing competence.

Meanwhile, those "sinners over there" with unsavory lifestyles -- for example, the under-educated, the poor who won't "pull themselves up by their boot straps" or "liberals" who won't otherwise get on board with this "God-inspired" program -- deserve their squalor, their food insecurity, their high blood pressure and their STDs. They get what they get and they shouldn't pitch a fit, right?

Seems a little Darwinian for it to have "Christian Religious Freedom" so prominently painted on the label.

Especially in Mississippi, how can we continue to sanctimoniously insist the economic/education model and way of life are morally correct, or even remotely effective for the people, when virtually every statistic -- especially those related to public health -- proves that wrong?

Possibly another, simpler way to look at why the South struggles in so many, even moral-based, categories is "Repression breeds rebellion."

It is insane, and utterly immoral, to not face public health problems. It's futile to take a passive "pray-it-away" attitude to health and poverty, especially when there are research-backed ways to attack these issues.

As a Christian myself, it's frankly offensive to keep watching it happen.

1. Our View: Criticism of city over riverside flooding is unfair DISPATCH EDITORIALS

2. Hunter Estes: 2020 could be the year of alcohol freedom in Mississippi LOCAL COLUMNS

3. Slimantics: State Republicans are pumping up the cost of education LOCAL COLUMNS

4. Voice of the people: Lee Roy Lollar LETTERS TO THE EDITOR ([email protected])