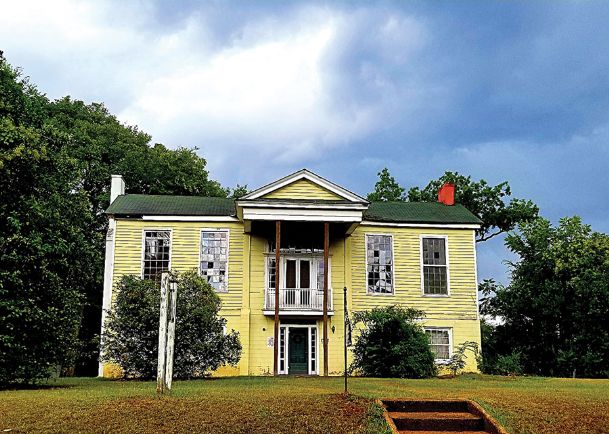 Shown is the Lea home in Marion, Alabama, where on May 9, 1840, Sam Houston married Margaret Lea. Houston had met her the year before at a garden party in Mobile about a week before he traveled to Columbus. Photo by: Courtesy photo 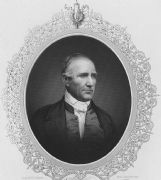 Gen. Sam Houston, the first President of the Republic of Texas, was in Columbus for an 11-day visit with old friends from Tennessee in May 1839.
Photo by: Courtesy photo/Library of Congress

"Gen. Houston, Late President of the Republic of Texas ... arrived in this city on Saturday evening last, in the steamer Victoria, from Mobile." So began a newspaper article in the May 21, 1839, Southern Argus of Columbus. I had never heard of Sam Houston visiting in Columbus and came across this in researching the Tombigbee steamboat Victoria.

The account of Houston's Columbus visit is part of a fascinating story of a journey from Texas to Nashville to Virginia Springs and a return the next May to be married in Marion, Alabama.

Sam Houston had been elected the first President of the Republic of Texas in 1836. His two-year term ended on December 10, 1838, and term limits prevented him from serving a consecutive term. In the spring of 1839, he decided to travel to the United States to visit old friends, buy horses and secure financing for business ventures in Texas.

On April 10 he arrived in New Orleans, where one account reprinted in the NY Whig reported; "Gen Sam Houston, Ex-Governor of Tennessee, Ex-Chief of an Indian Tribe, ex-horsewhipper of a member of Congress, and Ex-President of Texas, has arrived at New Orleans on his way to spend the hot season at the Virginia Springs." He departed New Orleans by steamer and arrived at Mobile on April 27.

In Mobile, Houston mixed business with pleasure. He both attended dinners and sought potential investors in Texas real estate projects. Houston and Mobile businessman Martin Lea developed a friendship. Martin's mother, Nancy, was the wealthy Marion, Alabama, widow of a Baptist minister and she was interested in western investments. Martin Lea got Houston together with his mother, and brother-in-law William Bledsoe, to talk about possible investments.

Another meeting followed at Bledsoe's Mobile home. It was at the same time Nancy's daughter, Antoinette Bledsoe, was having a garden party. At the party Houston met Margaret, another daughter of Nancy. As Houston and the Leas and Bledsoe continued to meet and discuss business, Margaret and Houston developed a romantic relationship. Nancy being the widow of a Baptist minister became concerned that Houston, having a romantic interest in her daughter and she in him, was prone to drink to excess.

One day Houston complained of illness but seemed more likely to be suffering from a hangover. Nancy needed to know nothing more and with two servants went to tend to the poor sick Houston. She treated his illness by having her servants hold Houston down in his bed as she sat beside him and read the Bible to him.

However, business and travel called, and Houston, shortly after his cure, left for Columbus. The Columbus Democrat on May 25 described Houston's arrival in Columbus on the Victoria on May 18. "On his arrival, he was warmly greeted by many of his old Tennessee friends now residing here - indeed the whole city seemed anxious to pay tribute of respect to the deliverer of Texas, and the hero of one of the most brilliant victories of modern times."

The newspaper also described a dinner Houston attended on the 20th: "He was invited to a dinner on Monday last, given by the Dragoons under the command of Capt. P.B. Stark, to the Columbus Riflemen and the band. Capt. Albert, of the Riflemen, gave a toast complimentary to the distinguished guest, to which Gen. Houston replied in an eloquent speech."

On May 22, a committee of local citizens invited Houston to a public dinner on May 25 at the Eagle Hotel in Columbus. The committee was composed of Wm. Dowsing, Jas. F. Trotter, E.F. Watkins, Wm. D. Amis, Nathan Lester, Argyle Campbell, Francis Leech, W.W. Humphries, S.S. Franklin and J.W. Byrn. Houston respectfully declined the invitation saying: "Previous engagements will not allow me the pleasure of accepting your courtesy, and uniting with those whom I should have an opportunity of embracing on that occasion; and by whose intentions I am so much honored."

There is little other press mention of Houston's time in Columbus until Houston left Columbus for Nashville on the northern stage on Tuesday night May 28. He had spent 11 days in Columbus. A different view of Houston's stay in Columbus was provided by Memucan Hunt, former Texas minister to the United States, who had joined Houston in Columbus. Hunt wrote a letter to Mirabeau Lamar, who had followed Houston as President of Texas.

Hunt expressed surprise that Houston had made a favorable impression when he had arrived in Columbus and that he had been warmly received. He also complained how contemptible Houston was to speak badly of him to a "young lady who he knew I would shortly visit."

Lastly in the letter, Hunt told of an incident that indicates Nancy Lea's cure did not work. After complaining about what was said to the young lady Hunt wrote: "This is almost as ridiculous as his having burned off his coat tail, while in a state of intoxication, immediately after making Temperance speeches.

After leaving Columbus by stage on Tuesday, Houston arrived in Tuscumbia, Alabama on May 30. The citizens there offered to have a dinner honoring Houston, but he declined as he was on his way to Nashville to visit his old friend Andrew Jackson and then go to Virginia Springs. On June 1, he arrived in Columbia, Tennessee, where a group of old friends met up with him and gave a dinner in his honor. On June 3, he arrived in Nashville for his reunion with Jackson.