Possumhaw: Just me and Willie 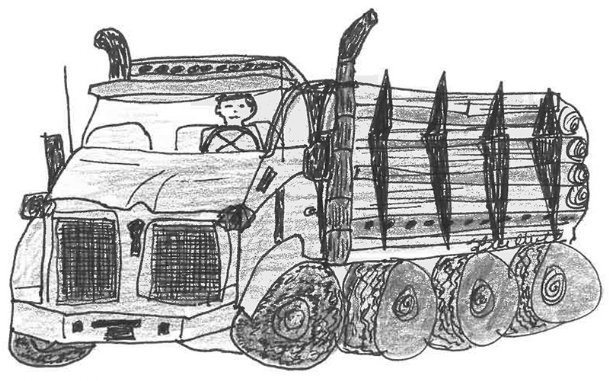 Lately I've spent a lot of time driving back and forth along Highway 82 and Highway 45 between Columbus, Starkville and West Point. From West Point, traveling south toward Highway 82, on the crest of a hill I could see a fair distance to the next rise. Along that stretch I counted 12 large trucks -- 18 wheelers. It seemed like a lot of trucks for one short stretch. After that I started noticing trucks on the highway.

There are a lot of trucks out there, which is a good sign for the economy. There are new trucking service centers also. I suspected it was possible the trucking industry was increasing just from eye-balling the trucks. Naturally I searched the internet for a few trucking facts.

Seventy-one percent of the freight moved in the U.S. is transported by trucks. Ten and a half billion tons of freight is moved by 3.4 million truck drivers annually. Trucking became significant in the 1930s. By the 1950s and 1960s, with the growth of the interstate highway system, trucking increased significantly. Prior to these changes, freight was transported by horse and carriage and later railroads, occasionally by water from river ports that sprang up along the Mississippi and the coast.

There's another kind of truck I've seen plenty of on the highways. Looks like fall is the season for logging trucks. A couple of weeks ago I was hit from behind and propelled forward toward a logging truck with a full load. Mercifully, I was able to stop about 5 feet from the logs. The driver of the logging truck pulled over under an overpass and waited. I honestly believe he stopped to make sure I was OK. Then he drove away. I was told later that if I had hit him, he wouldn't have known, my car being small and light and his being heavy with the load.

After that, I started noticing logging trucks. This year must be a bumper crop. One day I saw three logging trucks at one time, two in the right lane, one in the left. Logging's big business in Mississippi, as well as trucking.

Between 1904 and 1915 Mississippi was third in lumber production in the U.S. Timber covers about 65 percent of Mississippi land. The industry is second only to poultry. Fall is a great time to notice Mississippi trees. They're abundant and colorful. Maybe not as vibrant as a New England tree but still beautiful in a quiet, restful sort of way.