Possumhaw: Home is where the hearth is 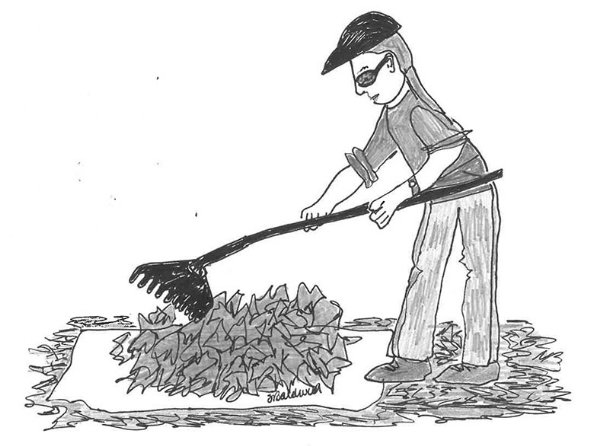 "The best and most beautiful things in the world cannot be seen or even touched. They must be felt from the heart."

Thanksgiving has come and gone, as have pre-Black Friday and Black Friday sales, along with the family members who graced our home for the Thanksgiving celebration. We had many things to give thanks for: reasonably good health, plenty of warmth and sunshine, and more good food than should be legal.

We live about halfway between half of the siblings and half of the children, so they come to us. Not to mention our home is the homestead and very Thanksgiving-like. Plenty of golden-brown trees shedding their leaves like ticks on a hound dog. More so this year than ever. Maybe the rain, maybe the early freeze.

Sam pulled out the old sheet, raked the leaves onto the sheet, and hauled them away. My mother used this technique for raking leaves. It saves a lot of back-bending. I ran into a friend at the new Dollar General store out here in the Prairie. She asked about Sam and I told her he was raking using my mother's method. She said her mother did the same and often sewed old tablecloths together as well. Even though we have a leaf blower, the old sheet or tablecloth method works well and it's quieter and more peaceful, a day in the sun

It was time for all the feeders to come out as well. The deer feeder is out. One evening at twilight we saw two does and three fawns. That is exactly what we hope for. They seem to watch us watching them through the window. Another night I saw at least 20 bedded down in the woods. Their eyes shine eerily even though I know they are just deer.

Birdfeeders were cleaned up and put out as well. We have about a million tiny nondescript birds, some chickadees and a few robins. Woodpeckers attack the trees, inching their way ever higher. I chance to see two bluebirds fussing over the bluebird house. I couldn't figure out what exactly was going on until another female bluebird showed up and ran the first one away. Hmmm ...

I researched home invasion by yellowjackets online and learned a nest could contain up to 250,000 yellowjackets. We had our work cut out for us, even though they recommended a professional. We were swatting about 20 to 25 a day. We finally found a possible point of entry along the roofline. Sam sprayed wasp spray about three or four times. He later found hundreds in the gutters. Then he planted some flying insect bombs in the eaves. After about three days they were all gone.

The yellowjackets are gone, the family is gone, and now we await our Christmas time with the other half of the family. Thankfully there's more to come.