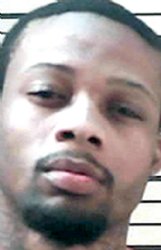 The murder trial of a Mantee man accused of killing two people in Clay County two years ago ended in a mistrial Tuesday.

Shundray Johnson, 25, is one of two defendants in the 2017 murder of 23-year-olds Kentario Boyd and Kenya Campbell, both of Tupelo. Johnson's trial began Monday, but 16th District Circuit Court Judge Jim Kitchens declared it a mistrial after the state introduced evidence that let the jury know Johnson had a prior felony conviction.

Deputies with Clay County Sheriff's Office discovered the victims' bodies in a vehicle parked on the side of Dixie Road in rural Clay County on March 14, 2017. Both victims had suffered multiple gunshot wounds, and investigators later theorized the double homicide had occurred as the result of a drug deal gone wrong.

District Attorney Scott Colom said investigators arrested Johnson after finding the phone number of the last person to contact Boyd in Boyd's cell phone. At the time of the murder, Johnson was on parole with Mississippi Department of Corrections for previous aggravated assault and statutory rape charges, and an MDOC officer confirmed the number investigators found belonged to Johnson.

However, when prosecutors called that officer to the stand, Kitchens said the evidence could prejudice the jury against the defendant and that prosecutors should have filed a pretrial motion for Kitchens to rule outside the jury's hearing whether that evidence could be presented. Given the seriousness of the charge against Johnson, Kitchens declared a mistrial.

Johnson will now get a new trial.

"We thought in good faith that we had a case that allowed us to introduce this evidence for the purpose of identifying the defendant, Mr. Johnson, as the last contact number in Kentario Boyd's phone," Colom told The Dispatch. "In hindsight, we agree it would have been a better practice to have gotten permission from the court ... before introducing the evidence and understand the court's decision given the seriousness of the charges and the court's (obligation) to uphold the defendant's legal rights."

"What we don't want to have happen is do a trial and then, if it's an outcome contrary to us and it gets up in the appellate level, this is an issue that the Supreme Court really looks at, and so there's a chance it would come back on them," he said. "That doesn't do any good. We just have to back up and make sure we get it correct the next time."

He added it was an "easy fix" for Kitchens to look at the evidence in a pretrial hearing.

"This isn't something that makes (the case) go away, it's just we have to make sure we follow the correct procedures so that all of Shundray's rights are protected," Camp said.

Also indicted in the case was Tabarrius Coffey, 27, of Calhoun City, who was charged with manslaughter. His trial is set for Jan. 13, 2020.

3. Voice of the people: Loden Snell LETTERS TO THE EDITOR ([email protected])