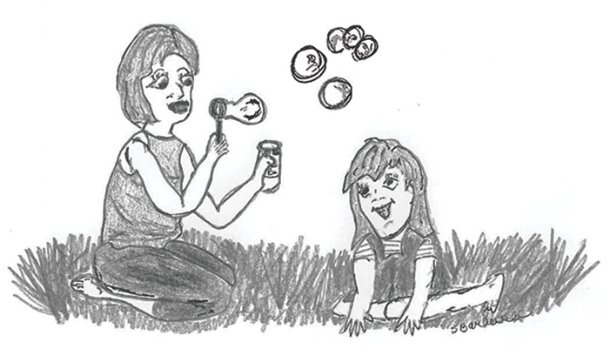 "I will carve out a precious interlude of time for myself. I will sit still for twenty minutes in the backyard basking in the sunshine, with the birds, the cats and the new blossoms and contemplate the blessing of having spent another day in Paradise."

It's a little unusual to have a two-part series, but we are living in unusual times. While some of us have found life slowing down, others have found life speeding up. A few pastors have said they've been busier than ever meeting needs. It goes without saying, so have medical personnel as well as community leaders trying to figure out where to go from here while navigating uncharted territory. Not to mention moms and dads who have found themselves with extra duties; perhaps working from home or office while at the same time forced into homeschooling and childcare.

The art of doing nothing is really about doing something to take care of yourself, but because it's all about you it may feel a little like doing nothing. Last week was looking at guiltless procrastinating, breathing calmly and effectively, time spent meditating, a few moments lounging and the health effects of yawning. Here are five more techniques from Veronique Vienne's book, "The Art of Doing Nothing."

The art of napping: While we sleep, sophisticated sequences of brain waves transform our inert bodies into humming power stations that produce intelligence, alertness and discernment. The urge to curl up in the early afternoon is a sign you are running low on common sense and good judgement. In many countries people who don't nap are considered odd.

The art of bathing: Think of submerging in water as hydrotherapy. Your body seems lighter. Unlike gravity pulling you down, water presses you in all directions, easing joint pain, backaches and sore muscles. A little singing in the shower doesn't hurt either.

The art of tasting: We eat to nourish our bodies, but we taste to satiate our minds. Tasting food is one of the most pleasant ways to stimulate your thoughts. People who eat slowly are usually more involved with their minds than their stomachs. There's a reason we say "food for thought." Consider describing the taste and textures of your food as you consume intentionally.

The art of listening: Ooh, probably one of my favorites. If you're not doing a lot you probably have opportunity to listen, be it to the birds of the morning or a companion. Far from being passive, listening to someone talk is an active, inspired and often compassionate act of creation. Our brains are trained to pick up clues like sounds, lip movements, intonations, pauses, stammers, smiles, smirks and frowns and put them all together into an apparently seamless verbal expression. Given the opportunity, be the designated listener.

The art of waitin: And here we are, all of us, in a period of waiting for something. Consider the child who says, "I'm doing nothing." Meaning they're doing something. As adults, Vienne suggests we can recapture moments of utter serenity by refusing to put a label on everything we do. We can practice "nothing" while in the kitchen, looking out the window, sitting lost in our thoughts, or maybe planning what we'd like to do when this whole pandemic season is over.